2020 has been a year that has taught us not to take some things for granted. The group has been affected by the various COVID-19 lockdowns and restrictions, but the members who live in or near Chiltern have done a great job of attending to tasks such as tracking Regent Honeyeaters, that were located just before a lockdown, and tackling some important weeds. Thank you very much!

When COVID-19 restrictions were eased, we have been able to get some weeding done at Bartley’s Block, as well as some plantings there and on the Grasslands Block.  The higher rainfall this year has resulted in spectacular growth at the Grasslands Block in particular. Some of the dams within the Park have been filled but others did not.

Our traditional Christmas gathering was held at Chiltern Valley No 1 Dam in cool conditions. A large group took the opportunity to go for a walk around the neighbouring block that is a piece of crown land managed by DELWP. A plant of Honey Locust was discovered there, and Eileen has written an informative article about it (see below).

Some members have been using a map of the Park that featured many errors.  They reported that track names on their map did not match the names on signs.  Other members suggested that they obtain a copy of “Bush Biking @ Chiltern” from the Chiltern Information Centre.

Fortunately, this weedy tree species was found adjacent to the park on Crown Land growing in unfavourable conditions for spread. Pleasingly, there was just a single plant which appeared to be quite young. This weed has the capability to regrow from any rootlets left in the soil. Bearing in mind this survival trick, it has been carefully dealt with. Thanks Mick.

Honey Locust belongs to the Fabaceae family. It is a declared noxious weed in New South Wales but not in Victoria.

A native of central America, it was introduced to Australia in the 1880's as a fodder plant, by William Macarthur of Camden NSW. Thriving along waterways and bearing vicious thorns, it forms dense thickets and becomes a haven for pest animal species such as foxes.  The seed pods are sickle shaped, dark brown and up to 30cms in length. The seeds are surrounded with sweet pulp and are eaten by stock and spread in dung. 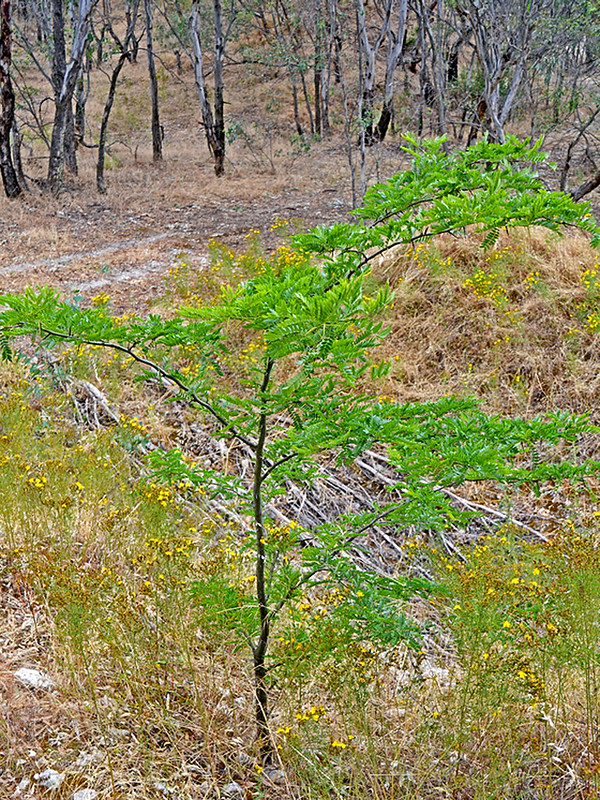 This plant is a survivor but hopefully never in our area! That said, it is sold in nurseries! 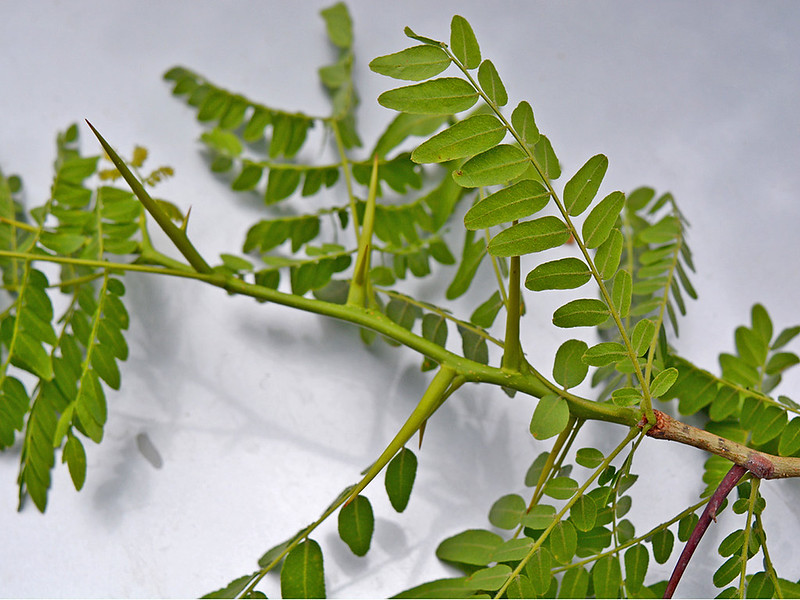 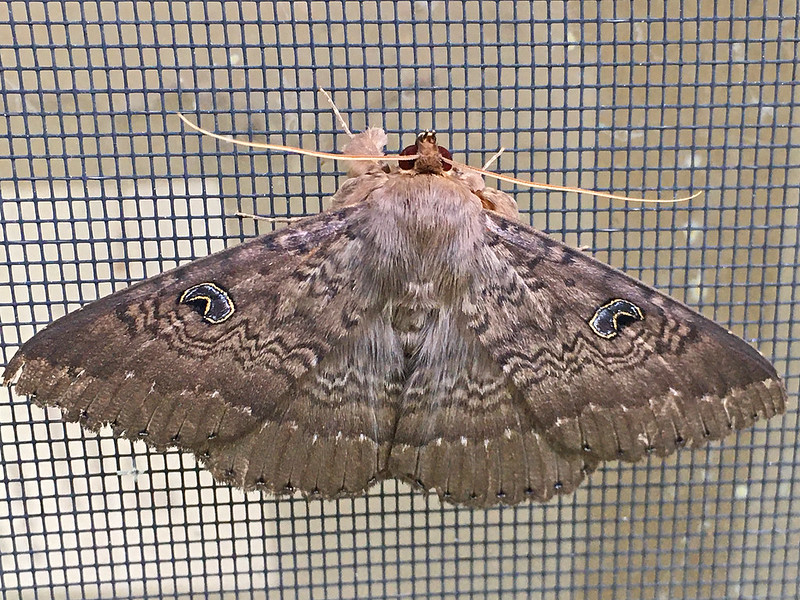 This moth is commonly found in spring and summer resting during the day in sheds, under eaves and in caves.

It is a beautifully marked moth featuring a black and blue eyespot on each wing. It has a wingspan of up to seven centimetres.

The caterpillar of this moth feeds on Acacia sp. including Golden Wattle (Acacia pycnantha) and Silver Wattle (Acacia dealbata). However it feeds at night, resting in the day by lying along the stems of its food plant.

Because of this habit it is rarely noticed. It pupates in a woven cocoon which it attaches to the foliage.

Another species of this moth Speiredonia spectans has the same common name, but is found further north in Queensland with its range extending to southern New South Wales. This species features eyespots on both upper wings. So it may pay to look closely at the wings of any moths found in our area.

There is a challenge for anyone with an interest in moths!

The Friends’ 2021 calendar has sold out. Thank you to everyone who made a purchase.

Calendars sold so quickly that we had to have a second print run that has also sold out.

This result was due largely to the efforts of Emma and Matt Williams at the Chiltern Post Office who took orders and made sales on behalf of the Friends group. Thank you, Emma and Matt, for such an outstanding effort at one of busiest times of the year for your business.

Thank you also to Secretary/Treasurer, Tony Murnane, for managing the orders and distribution of the calendars.

COVID work restrictions and staff vacancies at the moment are limiting our ability for a timely response to some issues in the park. Our current priorities are ensuring visitor safety and delivery of core services to keep our parks Safe, Open and Clean.

We expect current ranger vacancies will be filled early next year. In the park, preparation works for the fire season are complete, but track clearing will be an ongoing task. Hopefully, the weather will help see a quiet fire season.

A successful program has seen a number of pigs trapped and destroyed in the Pilot Section of the park. Fox control works have also been completed at Chiltern Valley No 2. Rangers will be patrolling over the holiday period with the expected increase in visitor numbers.

We are currently engaging contractors to progress the repairs to the boardwalk at Yeddonba.

Thank you to everyone who ‘voted’. All of the reports were accepted along with the nominations for the office-bearers and committee.

We look forward to having a more traditional AGM in 2021.

The activity for the day will depend on the weather forecast and any COVID-19 restrictions that apply.

An announcement will be made on the Wednesday beforehand.

We wish everyone all the best for the festive season and look forward to a productive year in 2021.