As May came along it welcomed us with some good rain after a very dry April (see details below). The May gathering at the Grasslands Block involved removing tree guards that were no longer needed.  The planting in early August 2018 had been very successful with about 75% of the plants surviving and many of them had outgrown their guard. Several hundred tree guards and stakes have been gathered. 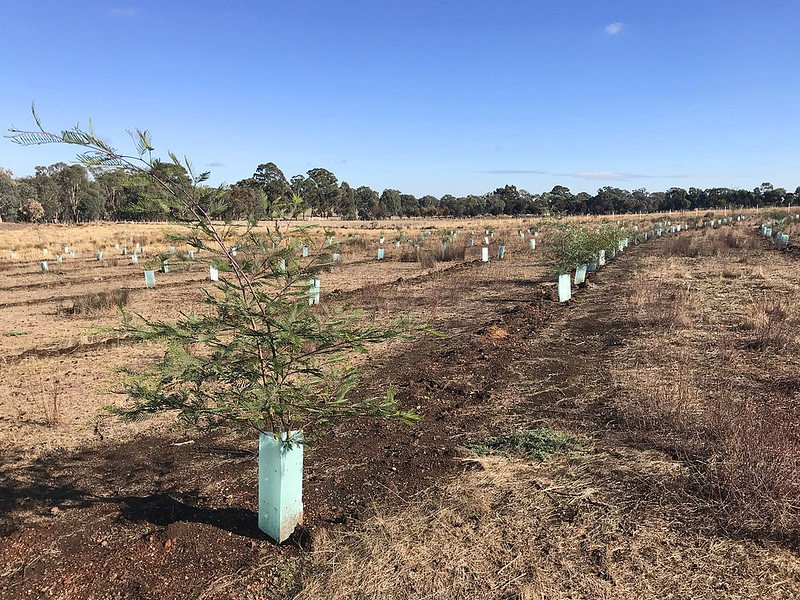 The impressive growth at the Grasslands block 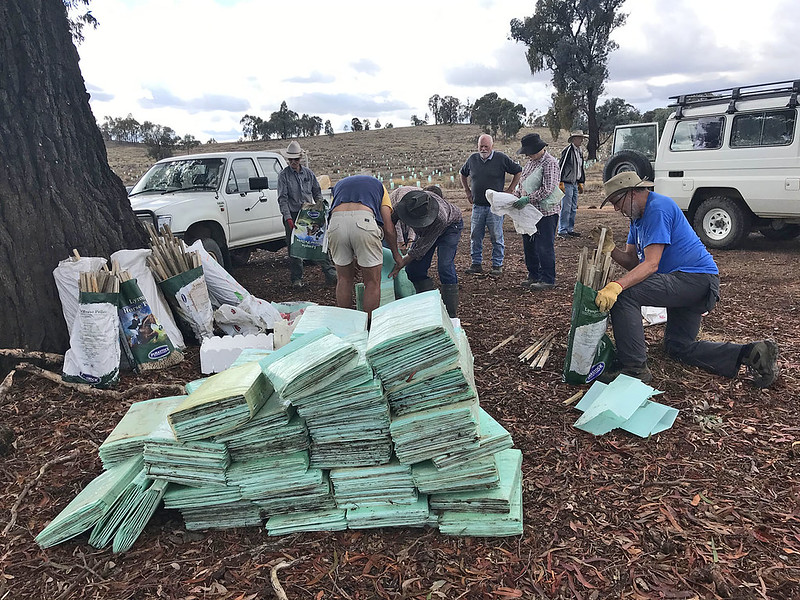 The group then moved to Bartley’s Block where a weed check was carried out and some nest boxes were inspected. Our efforts with weeds at Bartley’s Block are certainly paying off with the various species being maintained at manageable levels.

Over recent years there has been a great increase in interest in Peacock spiders because these small and colourful spiders have been found in many places including our Park. A photographer from Wangaratta, Jodie Kuhne, has pursued these spiders with great passion and her photographs can be found on the Facebook page entitled “My Spider Life”.

We have three snippets from Eileen this month, and we look forward to more in the coming months. 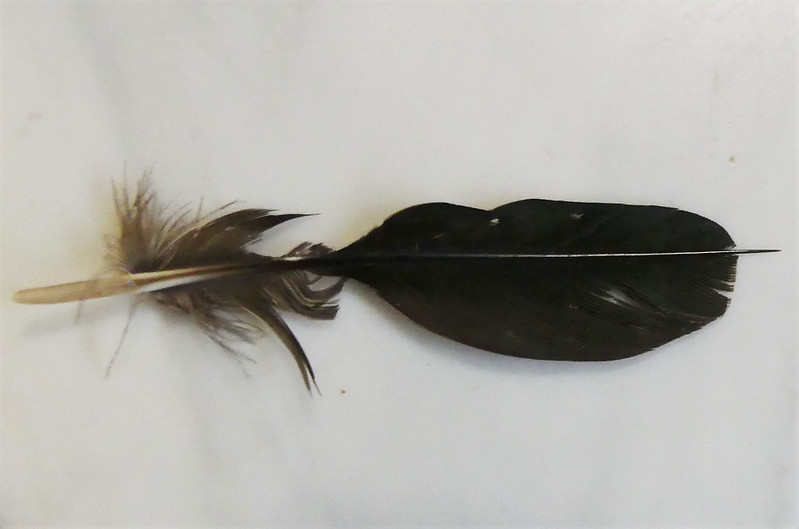 Feathers are often encountered in the environment, both the natural and the built. Some are easy to identify while others test our knowledge. This one has been in my collection for some time and it was found in a school yard on a warm humid evening. The conditions were conducive to an explosion of flying ants which attracted a hungry party of Spine-tailed Swifts. After watching the spectacle, I found the ground littered with ant wings and among them this prize tail feather. 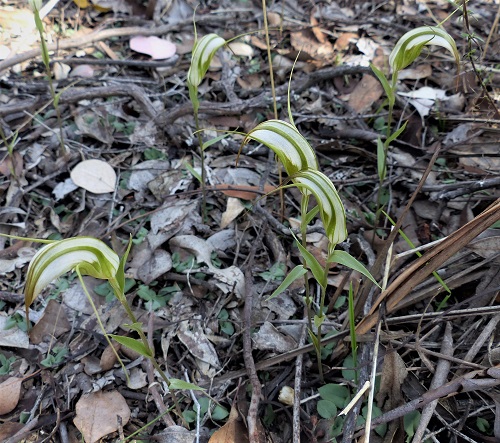 The dry summer and autumn have had a dramatic effect on the Autumn Greenhood patches in the park. The basal rosettes are very much reduced in size. The flowers that were found were very small and withered and quite a few heads had been nipped possibly as caviar for some hungry browser. Hopefully we will get some decent late autumn and early winter rains to encourage the later orchids to flourish. 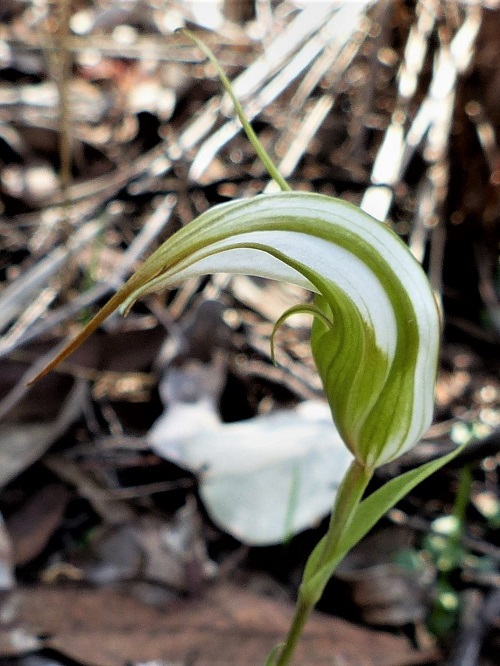 Note: Don't let Neil's photos fool you! They were taken is a good season!

We have been puzzled about the few plants in the park for some time as we have been waiting to find the red fruits on them. It has now been discovered that there are male and female plants and the few in the park are all female! There is always something to learn! 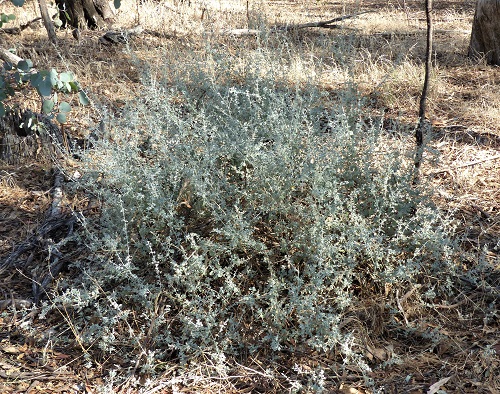 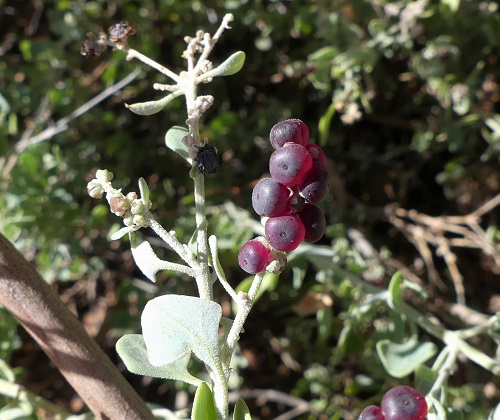 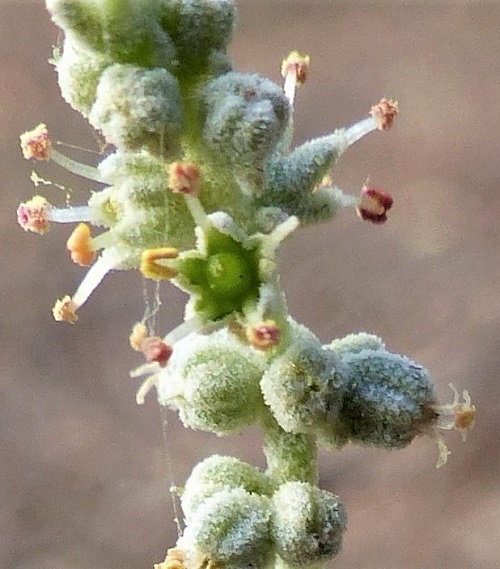 Photos : Neil Blair The following link to Plants and Fungi of south western NSW is quite informative.

In early May we welcomed a group of South Australian Riverland Field Naturalists to Chiltern. They brought some substantial rain with them and then enthusiastically searched our recommended locations for Turquoise Parrots, Swift Parrots and Regent Honeyeaters. To our surprise they were successful in observing all of these species in the Park. As well as being delighted by seeing the iconic species, they were delighted to see Flame Robins for the first time.

We now have heightened our expectations for seeing Regent Honeyeaters on Saturday 18th May when there will be one of the Australia wide surveys for Swift Parrots and Regent Honeyeaters. Glen Johnson This email address is being protected from spambots. You need JavaScript enabled to view it. is organising the Chiltern part). The Regent Honeyeater that the SA field naturalists observed (and photographed) was a female, Orange-Metal Blue-Yellow (OMBY), a bird that had last been recorded in August 2017.

Mick Webster has advised that the recent nest box results are: 4 boxes at Bartleys, 4 Sugar Gliders in one, 1 Squirrel Glider in one - more or less the same as last year and 2017.  So far this year we have checked 85 boxes (including Rutherglen Natural Features Reserve) - 20 occupied, 5 tuans, 15 gliders and no boxes occupied South of the Highway.

On Wednesday 15th May, several of the group participated in a tree guard gathering exercise, organised by Will Ford from Trust For Nature, at the Barnawartha Waste Water Treatment Plant near the edge of the Park off Ryans Road. A very similar results have been achieved as at the Grasslands Block.

Recent heavy rain has brought our planned burning program to an end. Crews will be undertaking culvert cleaning and grading throughout the park over the next month. Visitors are asked to be aware of heavy machinery and try to avoid driving on freshly graded roads straight after rain events.

We are still encouraging Friends to register on Park Connect to assist in planning and recording of group activities.

We hope to be planting some more shrubs at Chiltern Valley No 2 Dam and we will confirm this activity closer to the day.