Despite the heat a hardy group turned out for the first meeting for 2019. Several visited Bartley’s Block before moving on to Grasslands.

At Bartley’s the usual targets were surviving the heat but not the diligence of the weeders. Seedling Vincas and  about thirty Caper Spurge were pulled. Some of the Spurge had seed heads. Compared with previous years, there have not been large numbers of Caper Spurge and we are encouraged by that. Goodness knows what the seed life in the soil is as we have been pulling Spurge for  at least eight years.

David King is in the process of growing plants suitable to revegetate the Vinca site and he will advise when these are ready.

Mick tackled the Bathhurst Burrs at Grasslands with a mattock. Almost all plants were lacking burrs, obvioulsy they succumbed to the stressful conditions. That’s positive news!

Guards and stakes were removed from the dead plants and stored for future use. 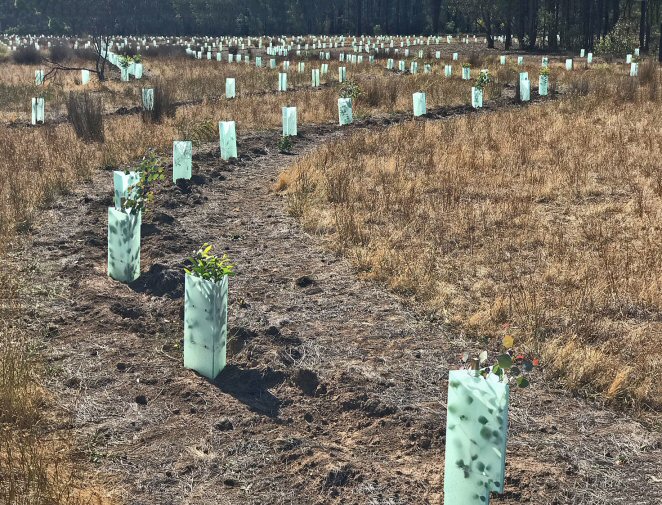 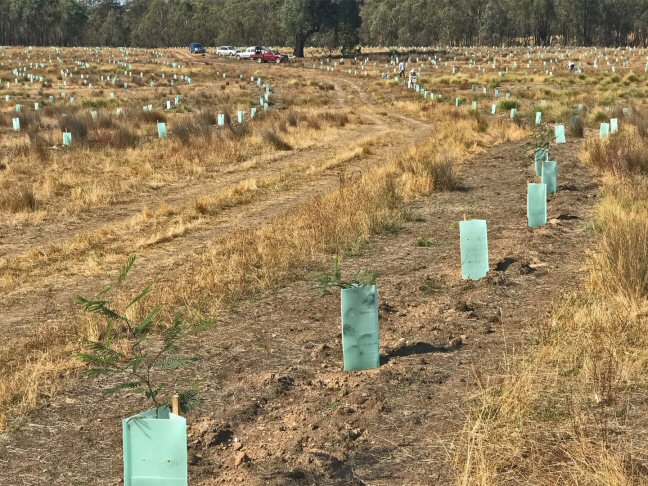 Around the park Honeyeater Dam is now dry and it will take some serious rain  to replenish it. The two Valley Dams are holding up well and still attracting quite a few wetland species. Most of the other dams are at very low levels. 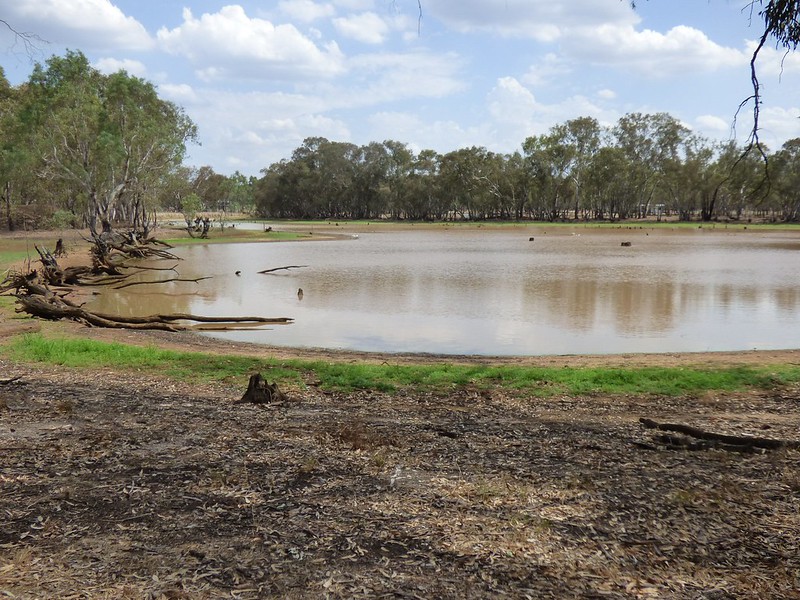 Tuan campsite has been popular with travellers and in general has been left clean and tidy. 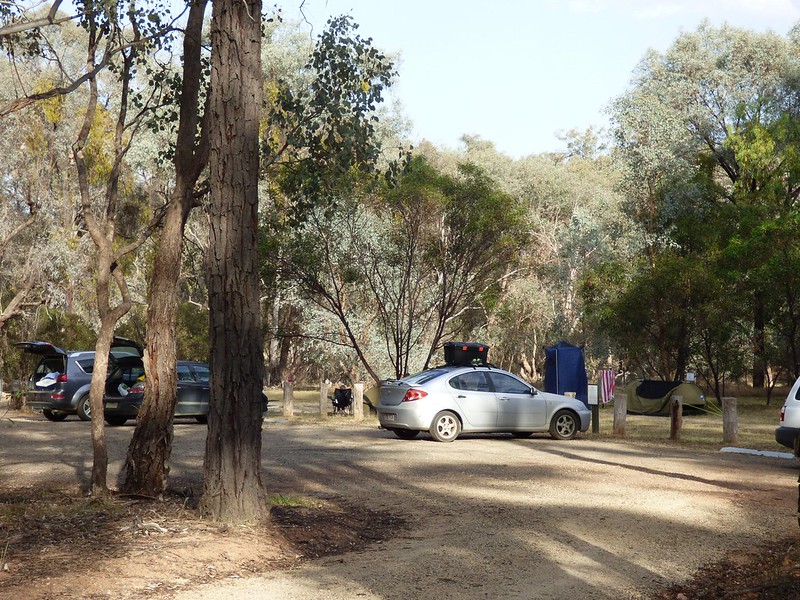 The plantings are doing well with the help of regualar watering, thanks to Tony.

Interesting skink: Jan Palmer, from Sandy Creek, sent this photo of a Yellow-bellied water skink, Eulamprus heatwolei. Ken Walker from the museum kindly had it identified for us.

It prefers rocky open habitats, obvioulsy near water. It feeds on invertebrates, small vertebrates and occasionally on fruit. It is inactive over winter. Females give birth to live young. There are suitable habitats in the Pilot section of the park. Web pic.After speaking with Neil about the species he forwarded  a photo taken in Mt Pilot which clearly shows the yellow belly. 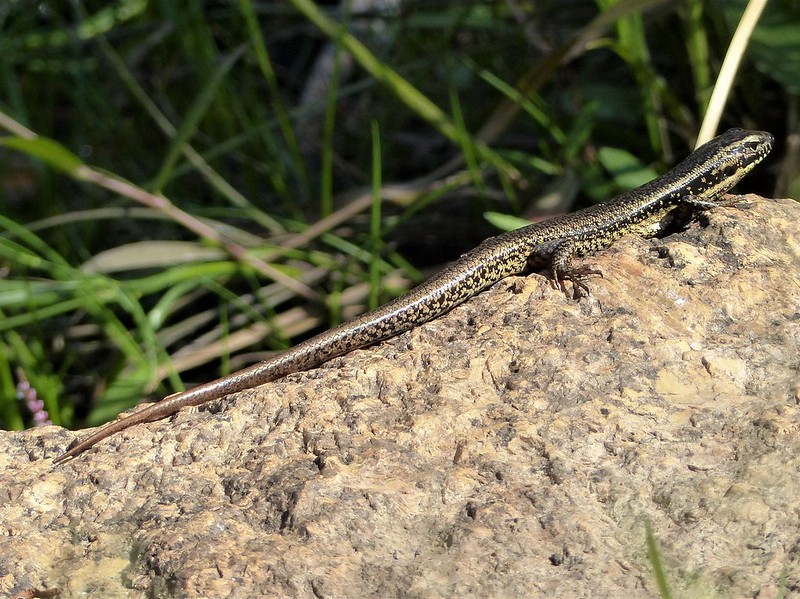 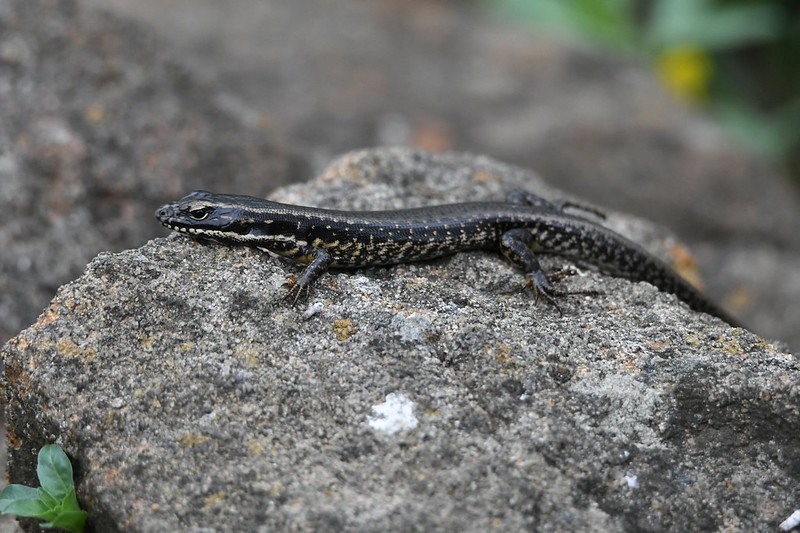 New signage:  New metal signage is gradually being added to significant roads in the park. 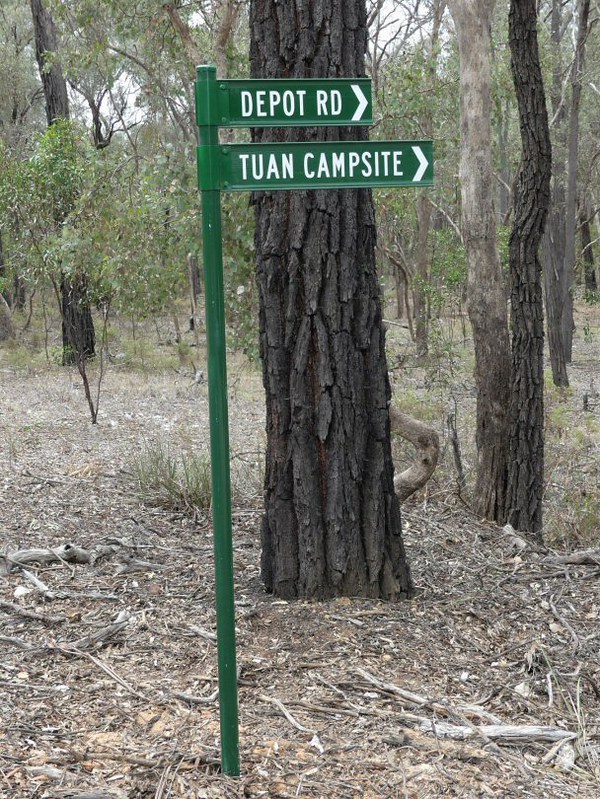 Website Flora Database : The additions are now completed. From time to time there may be additions as new plants are found. Neil has calculated that at the end of 2018, with the addition of the regional flora, there are 1042 species in 457 genera shown in 6775 photos.

Vale member  Jo Heatlie  Jo, who lived in Drysdale, visited Chiltern some years back and was impressed with the park and the work our group was doing. She joined Friends and was a generous donor to our cause.

Over the years Jo had interests in various conservation activities such as tree-planting, bird-watching and photography groups. On several occasions she contributed photos for the Friends calendar. 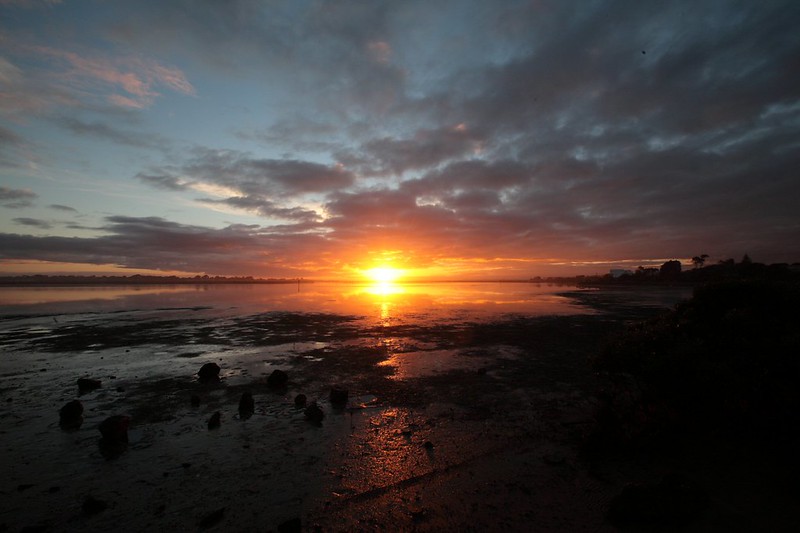 Ranger’s Report:  With the effects of a hot summer in full swing most of our efforts have been focussed on fire and recovery from December floods. We have been fortunate to only have a few small fires locally but our staff have been deployed across the state.

Several tracks near Eldorado and Beechworth have been repaired following heavy rains in December.

Ranger patrols have been focussed on campfire awareness and visitor behaviour.

Another two dumped cars have been removed from the park. Thankyou Brian.

Calendars: All the calendars were sold. Thankyou to everyone who supported the effort. Special thanks to Emma and Matt at the Post Office for helping with the distribution.

Kirrily is helping the students develop the design for a mural at the school around the theme of regeneration after fire. A lot of questions were fielded and the students went back to school with drawings of the textures and shapes to be found in the Park.

As an added bonus we all left as the heavens opened up with a thunder shower. Neville.

Celebrations for Australia Day included the award of a certificate of achievement award from Indigo Shire for Eileen Collins. This was announced at an Australia Day gathering in Chiltern. The citation reads:

Eileen is a passionate and committed ambassador for the Chiltern-Mt Pilot National Park and has become renowned both nationally and internationally for her knowledge of the human history, flora and fauna of the park. Eileen has been the driving force behind the establishment of the Friends of Chiltern-Mt Pilot National Park group, building it to be a diverse and productive group of people committed to making the park a better place for everyone.

These are sentiments that we wholly endorse.

The weed situation at Bartley's Block is very good with only a modest number of feral species requiring removal when we checked during the February field day.  The new plants at the Grasslands Block presented us with a great surprise. Many plants of a wide range of species are flourishing so we gladly watered many of them with the 500 litres of water that Mick brought. About a quarter of the plants have perished but the surviving plants are doing quite well. This is a very pleasing outcome. Neville