The rain that fell a few days before our May meeting made conditions pleasant for our field day. We had a small working group but we achieved quite a lot and the slices of bun at morning tea were extra large! Many of the isolated Cryptandra plants were guarded from kangaroo browsing. The plants in the enclosure promise a good show in July and August. 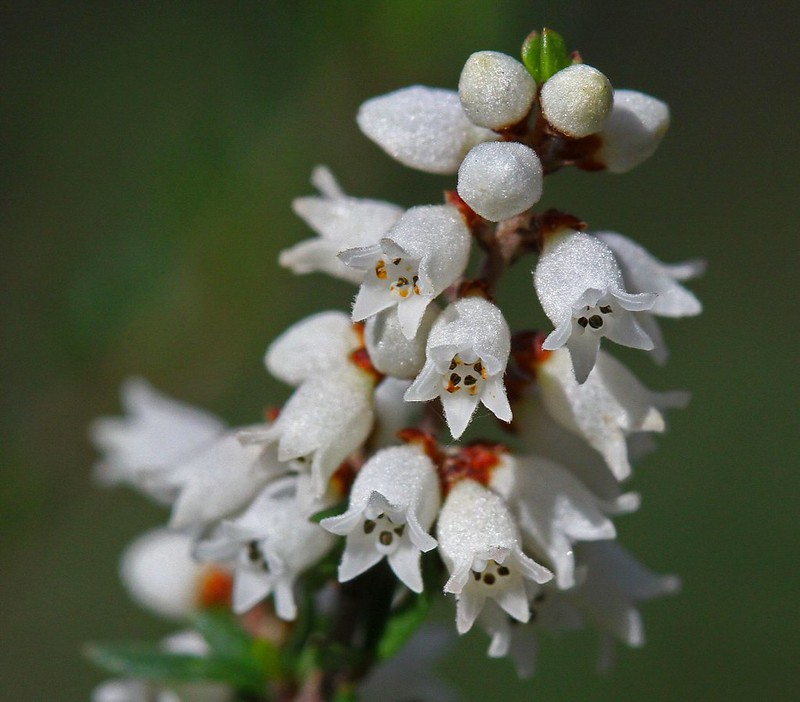 Next we moved to nest box checking where the rewards were many. Five of the first set of eight boxes yielded twenty one Sugar Gliders with the remaining boxes containing leaves.

After lunch our target was the second set of four boxes. Amazingly all were occupied. Three boxes were holding a total of fourteen Sugar Gliders and another a precious lone Squirrel Glider. The daily total of Sugar Gliders was thirty-one.

Looking back at previous records for this set, although the occupancy rate was the same, the number of animals that year was much lower and this year also included a Squirrel Glider record. 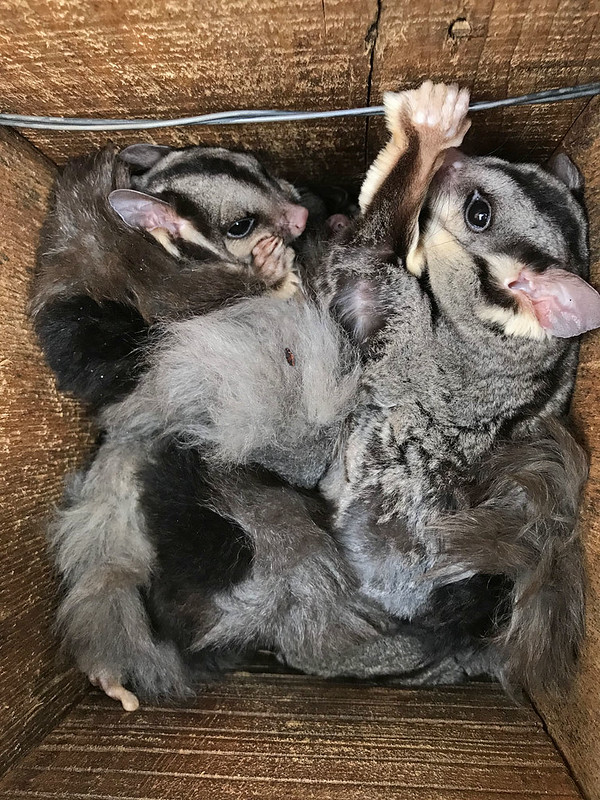 None of the Turquoise Parrot boxes showed any sign of use.

As we wandered back to the cars we checked the old Genista site on the boundary and found quite a number of well browsed plants which were quickly removed. A flourishing patch of Bridal Creeper was tagged and has since been sprayed. 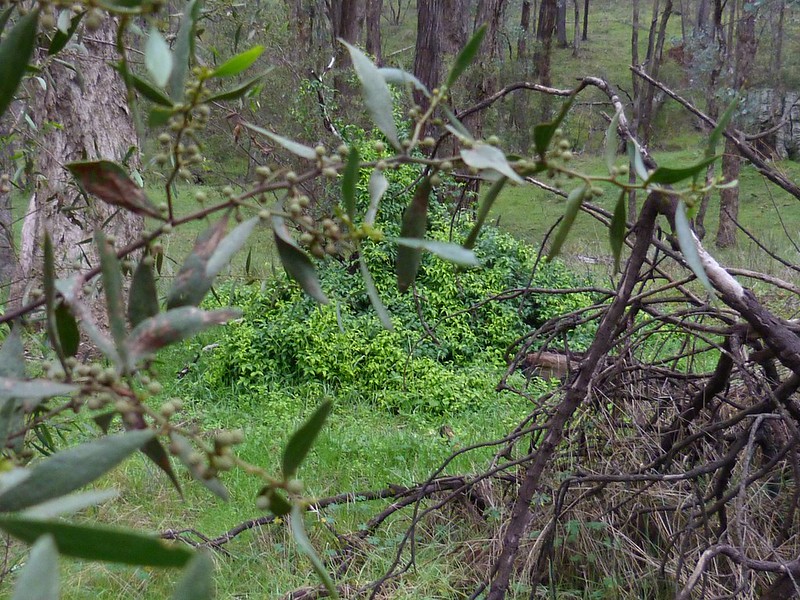 It is very tempting to pull the greenery off this plant. It either has to be carefully dug out to remove all the little corms or sprayed.

The remaining set of boxes at the Old Cemetery was checked and another seven Sugar Gliders were added to the total for that area. A further two boxes at another location yielded one Squirrel Glider and three Sugar Gliders.

The arrow markers for the re-aligned section of the Tuan Track walk have been installed.

At Ophir Bushland Reserve (on the Rutherglen Rd) there is a large infestation of Prickly Pear doing well and spreading. A few small olives and Peppercorns were removed.

Friends will discuss with the Ranger what, if anything, we can do about it. 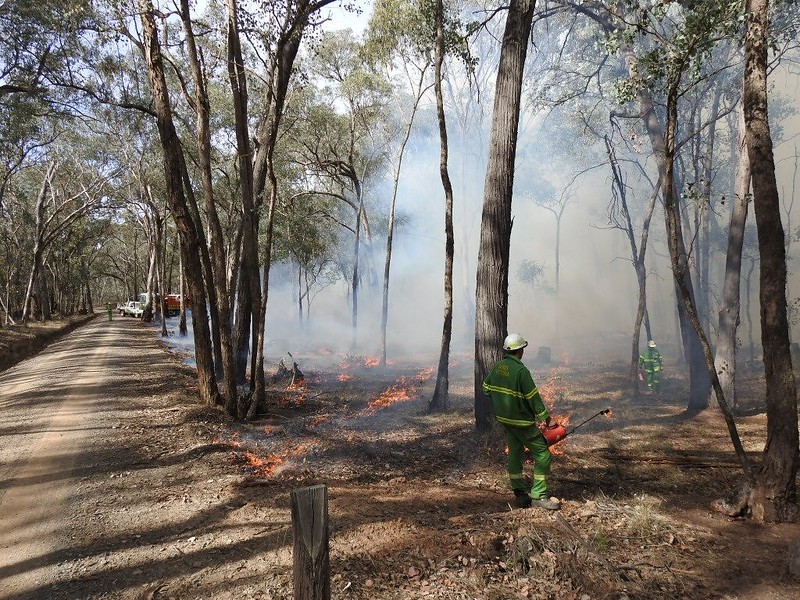 Grading of some key roads is planned for the next few weeks.
Recruitment to replace Ranger John McDonald is underway and should be finalised in the next month.
Approvals for the revegetation project at Grasslands Block have been completed and works should commence soon.

Looking Back To August 1993

Last month’s newsletter showed only part of the work undertaken in August 1993. That month also saw the start of the Turquoise Parrot nest log project designed by Bruce Quin. Bruce worked with Len Robinson from Melbourne and Len toured the woodyards of his area and salvaged a trailer load of hollow logs for the project. Member John Reeve put metal bases on them and over two days forty members erected and mapped them, without a GPS!!! Thankyou Tony Marsh for inserting these photos into the relevant newsletter. 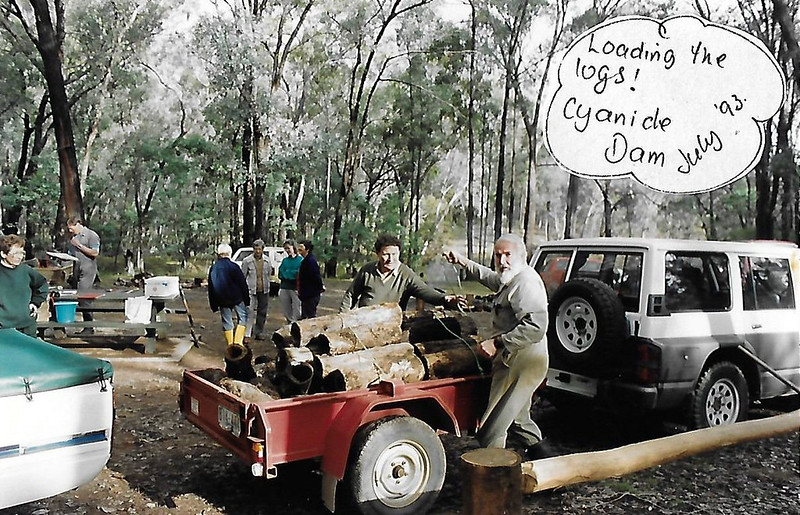 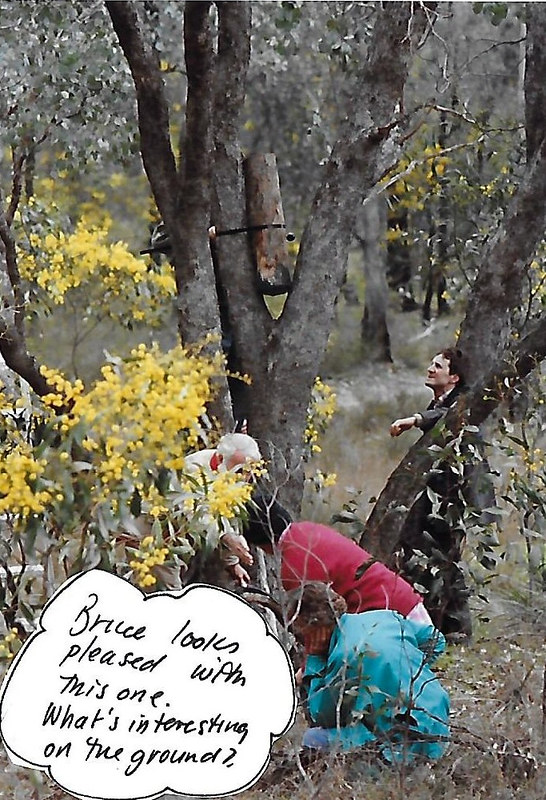 NEXT MEETING IS ON SUNDAY JUNE 3rd

Meet at the Post Office at 9.00am
Activity will include some nest box monitoring.
BYO chair, gloves, lunch,sunscreen, hat and binoculars. Contact in the field 0407 486 480