Dear Friends, An enthusiastic group turned up for the September gathering and had it been  normal day’s 9am start it would have been a two-bun day. Not so this time as short afternoon rambles and no work do not qualify. After introducing our guest Neville Walsh, Senior Conservation Botanist at the Royal Botanic Gardens, we moved to our first site on the Howlong Road.Here the road verge was very wide and is also very species rich. Three species of orchid were found, Dainty Bird-Orchid, Chiloglottis trapeziformis, 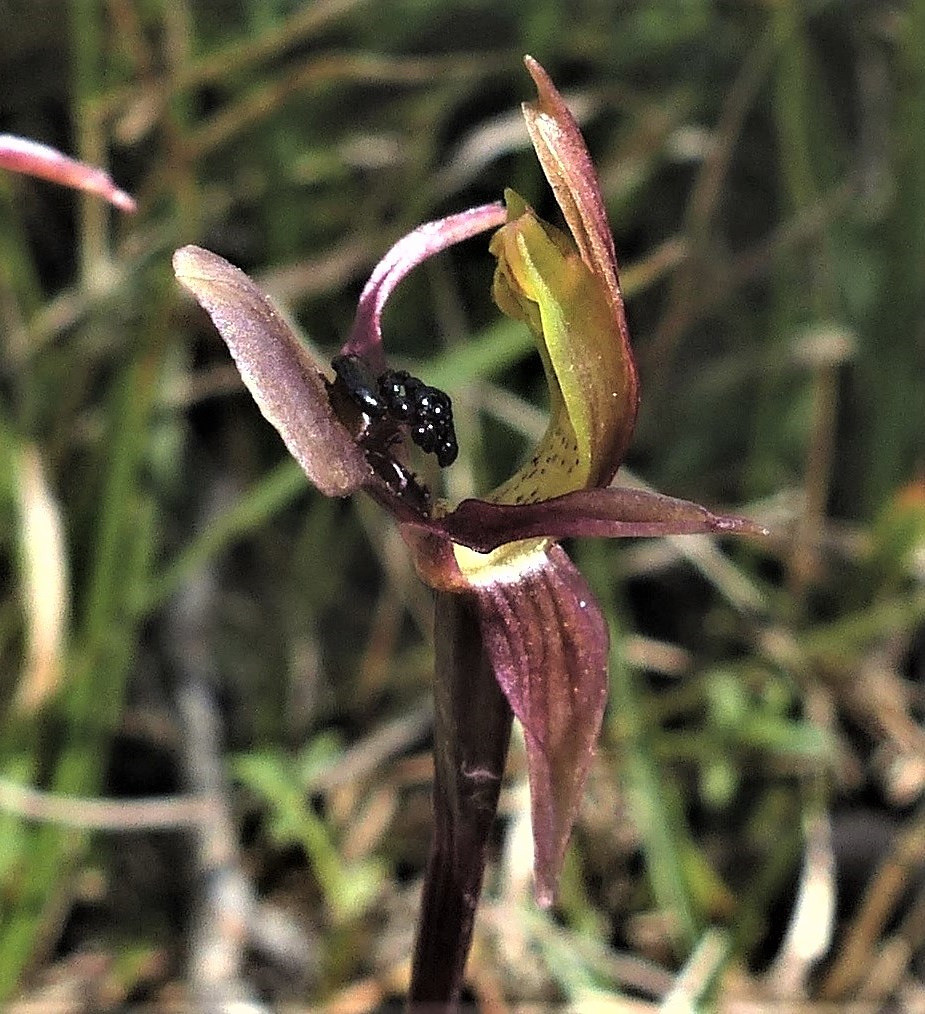 and two species of Pterostylis, nutans and nana. 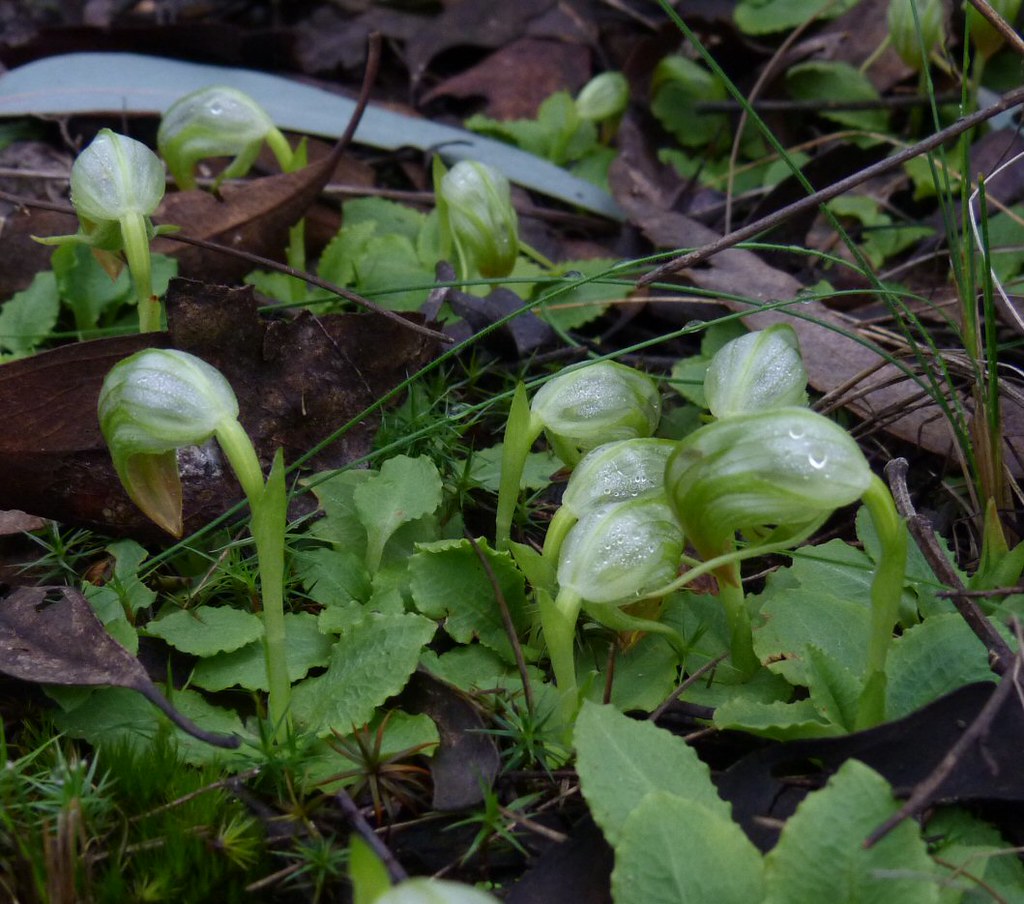 We probed a nice patch of  prickly Honeypots, Acrotriche serrulata,in search of  its hidden treasure of little pots of honey.There was much discussion about which creatures may use them. Since they are buried deep in the prickly foliage it was thought birds would have difficulty accessing them and we opted for ants. There are often Bull Ant nests near this plant. However after some searching I found that the aborginals sucked the honey-flavoured nectar and that  birds consume both the nectar and the fruits and that ants feed on the nectar. 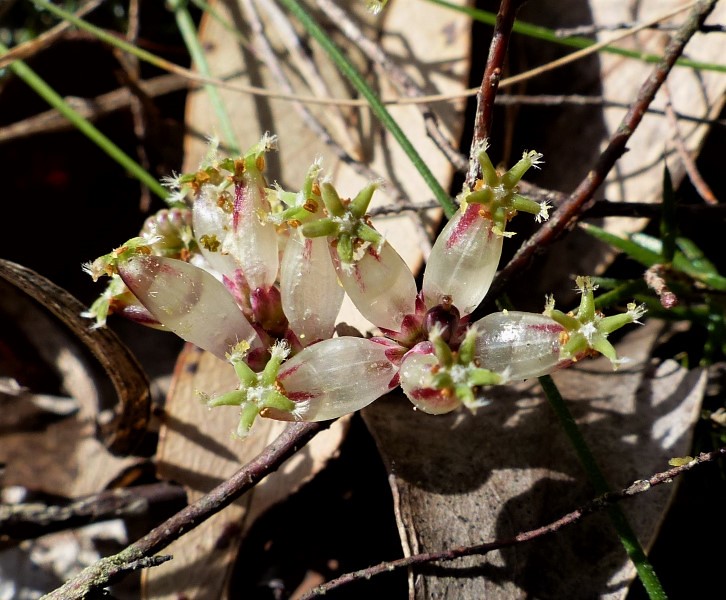 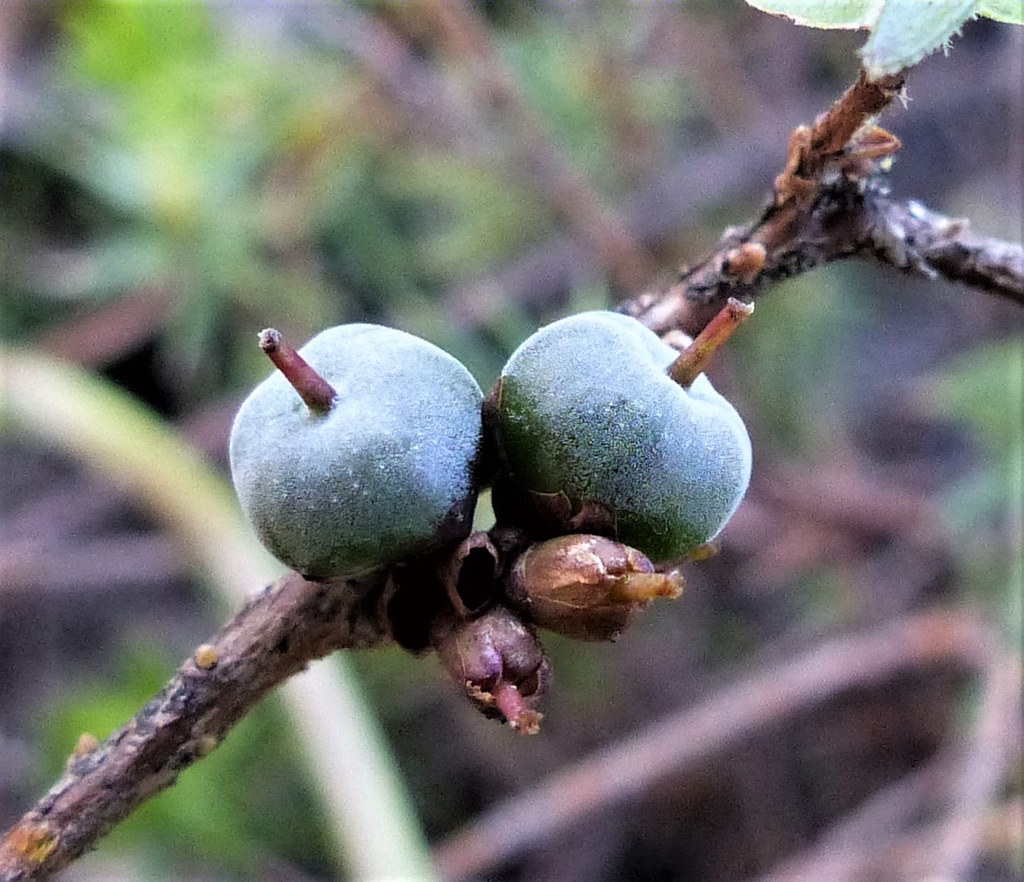 Our next stop was the spectacular  Cryptandra patch part of which Friends fenced out last year to relieve the grazing pressure on the site.This year’s flowering has been our reward. Plants outside the fence are flowering despite the heavy grazing pressure. Just what the attraction of this very bitter leaved plant is to grazers we do not know. Neville explained  that the  name Cryptandra means “hidden stamens” that are covererd by the white petals. 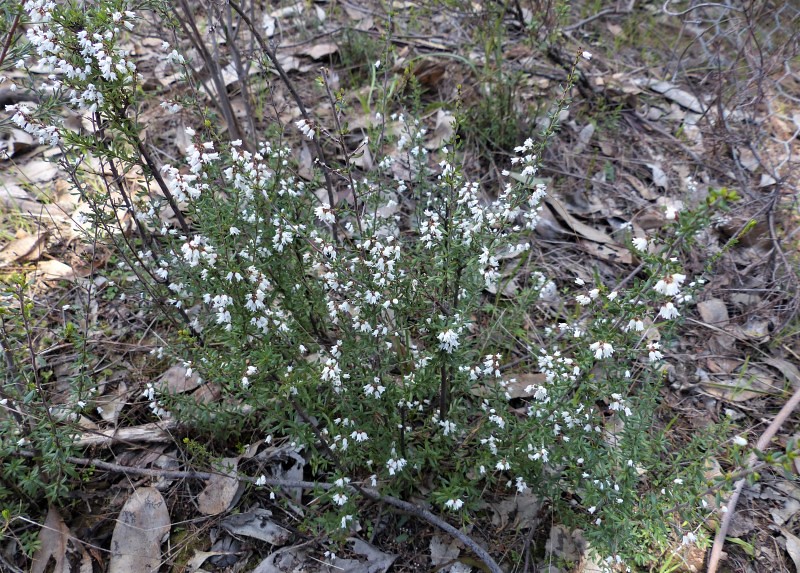 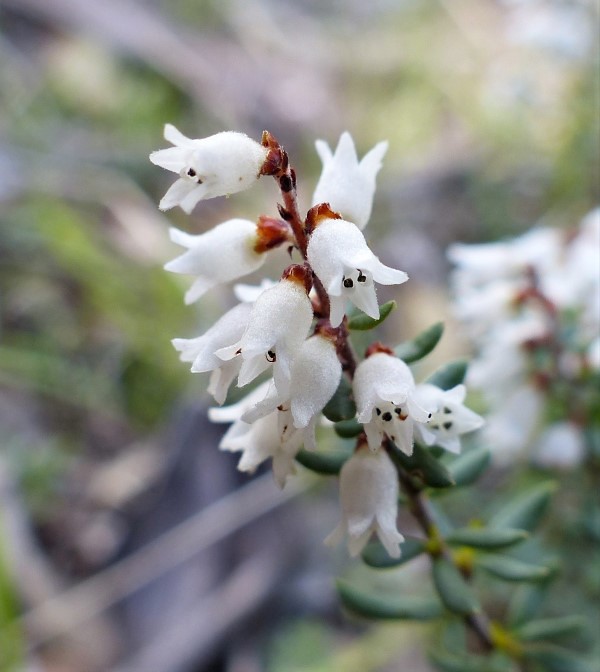 Nature certainly designed this shrub  to brighten the winter flowering. Flowering nearby was one of the earliest and often over looked peas, Daviesia genistifolia. Its fine needle-like foliage hosts masses of  small dark orange flowers. It is locally common but regionally rare and its foliage seems to protect it from the grazers.These two early flowering shrubs brighten the winter days.

Our next site was the Grasslands block where we wandered over the species rich western hillside. Although the only flowering plants were Ploughshare and Golden Wattles many spring flowering shrubs were noted. Along the ridge  we took in the spectacular 360 degree views and as the evening cooled off  it was time for drinks and nibbles before dinner at the Senior Citizens’ rooms. As usual our members produced a wide variety of delicious food. Thankyou and well done everyone.

The main points from Neville’s comprehensive presentation were

1.An explanation of a Flora as a work that includes all plant species for the defined area, in this case Victoria.

2. History - it took 15 yrs of hard work to produce the 4 large volumes of Flora of Victoria released from 1993. Due to taxonomic changes and new species, especially along border regions, there was a need for updating but regular addendums were impractical.

3. Producing an e version presented many challenges and difficulties especially as the scan and copy software produced regular ‘typo’ errors, resulting in a massive checking process for such a large volume of written and illustrative work.

4. There was also the problem of creating software that was ‘botanically sensitive’. The costs of skilled labour over time required obtaining large financial grants.

5. We were then taken for a ‘walk’ through the program beginning with how to access it from Google search, how to search for Genus and Species including by common name, how to use the bar options of Search ( find lists by classification, native or introduced, synonyms, regions etc.), Keys ( how to identify by exclusion using visible features ), Checklists (how to create a checklist of known plants in any gazetted reserve in Victoria), Glossary (explanations of botanical terms), Bioregions and Vegetations of Victoria (we are northern inland slopes) and finally Help which also explains the above for those of us that need more time to digest so much material !

This was a presentation that will help the botanically minded in the group make the sometimes daunting jump from Field Guide to Flora and enjoy the rich rewards for doing so. Our grateful thanks to Neville for making the trip to Chiltern and opening up the possibilities of  VicFlora to us, a project he and his team are justifiably proud of. Thankyou Neil for this report.

On August 12th we spread the gravel to form a track to the interpretive sign and pamphlet box. The surrounds of the seat were also gravelled. After enjoying our usual bun and morning tea in the sun the fencing crew went to Grasslands to complete the fencing of the enclosure while six of us remained at Bartley’s Block to tackle the Spurge patches. Without exaggeration between us we removed over eight thousand seedlings, so reducing the chance of seeding for this season. Surely there must be light at the end of the tunnel! 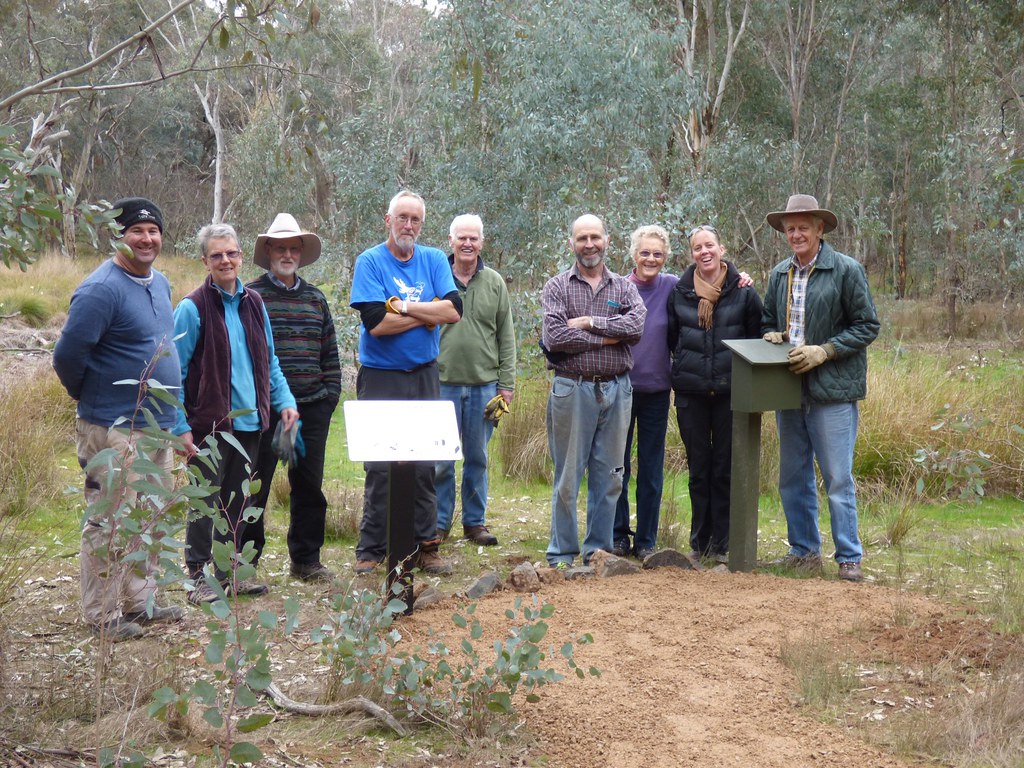 Spring has sprung and the migrants are returning. Grey Fantails are in noisy, busy groups and cuckoos have announced their arrival. John Bodsworth called to report a Scarlet Honeyeater at Bartley’s block on September 2nd. Spotted Pardalotes are nesting. The ironbarks are still flowering well so birding should be good this spring. 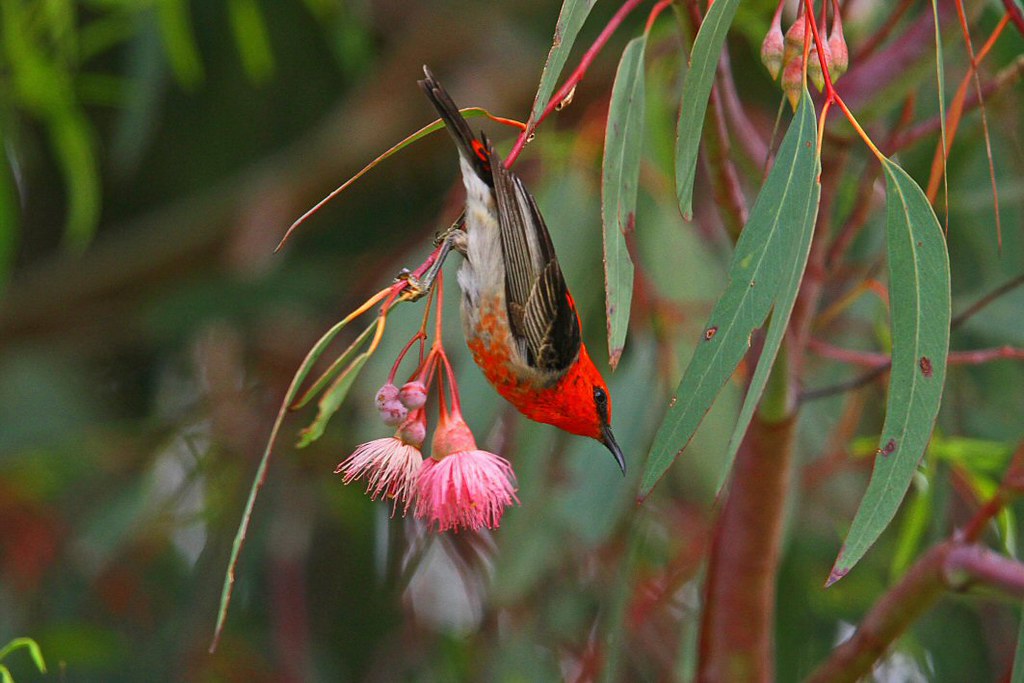 Tuan campsite is almost completed, an additional bench has been installed. Appropriate information and directional signage is to be ordered and installed at a later date. Our bobcat is away at another location and we may not have a driver available for a while yet with everyone on holidays or acting in other roles. September will be pretty quiet as far as park work goes, other than maintaining visitor facilities. John Silins, ranger from Tallangatta will be acting in place of Brian Pritchard for a short period.Thankyou John for this report. 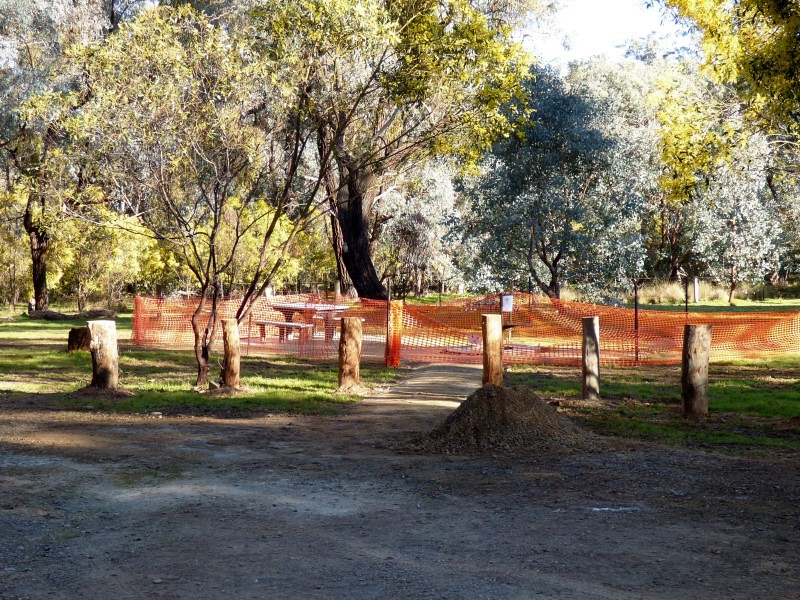 NEXT MEETING IS ON SUNDAY OCTOBER 1st At this meeting we will be joined by the Latrobe Valley Field Naturalists who will be spending several days exploring our park.  Details for the day will be circulated closer to the date. Field contact  0407 486 480

The 2018 calendar is being prepared. We invite anyone with photographs they would like to have considered for the calendar to email them to : This email address is being protected from spambots. You need JavaScript enabled to view it.

If you are a follower of the Friends of Chiltern Mt Pilot NP on this website or Facebook, and feel you would like to support their activities you can do so, with a small donation, by becoming a Friends of Chiltern Mt Pilot National Park Member for $15 a year. Your support is a source of encouragement and helps fund the costs of materials for new and ongoing weed eradication, nest box, revegetation, threatened species and information programs.

We are a group of people (304 as at August 2017) who are interested in Chiltern Mt Pilot National Park in North-Eastern Victoria. People can find much more information on the Park, activities of the Friends and membership details at http://friendsofchiltern.org.au/