Good rains have heralded June’s arrival. Our target for Sunday’s World Environment Day gathering was to plant two  hundred understorey plants at the redesigned Magenta Mine car park. We made a decision that any rain would not stop us. Amazingly not a drop fell until we had planted the lot and demolished the bun for a late morning tea. Parks had ripped the areas and provided mulch from the road drains so not too much effort was required especially as we decided to dispense with the  use of stakes and guards as all plants were small and kangaroo pressure is very low in that area. At midday the ten of us retired to warmer spots very satisfied with our efforts. Spring should see good growth of the plants which will soften the look of the area making it more pleasant and welcoming for visitors. 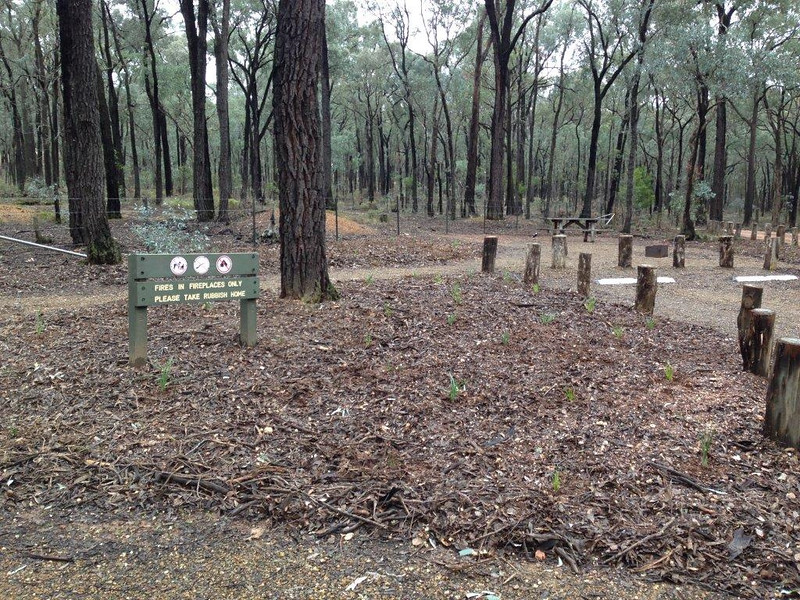 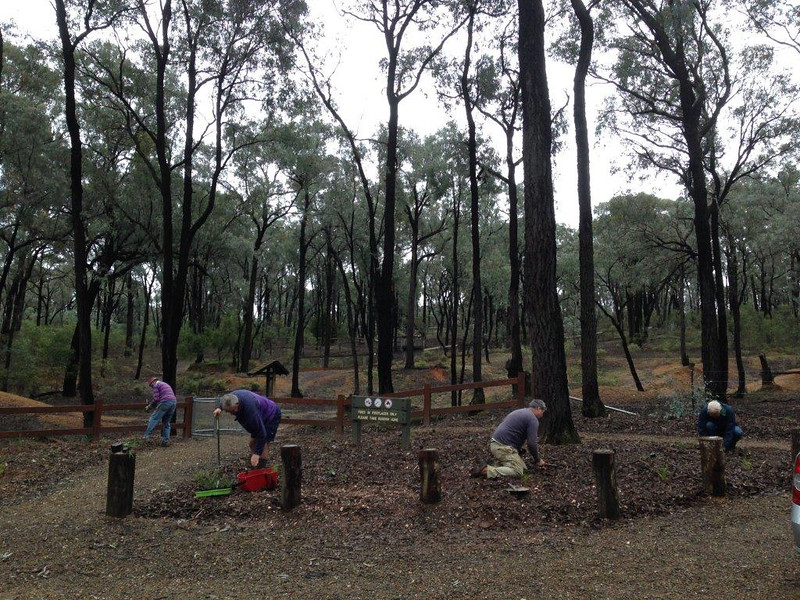 The Parks crew has repaired the boundary fences and hopefully this will end the damage caused by wandering stock.

Despite the cold wet weather there have been a few interesting happenings. Fungi are beginning to appear and perhaps the most interesting appearance so far is that of the luminous Ghost Fungus Omphalotus nidiformis. 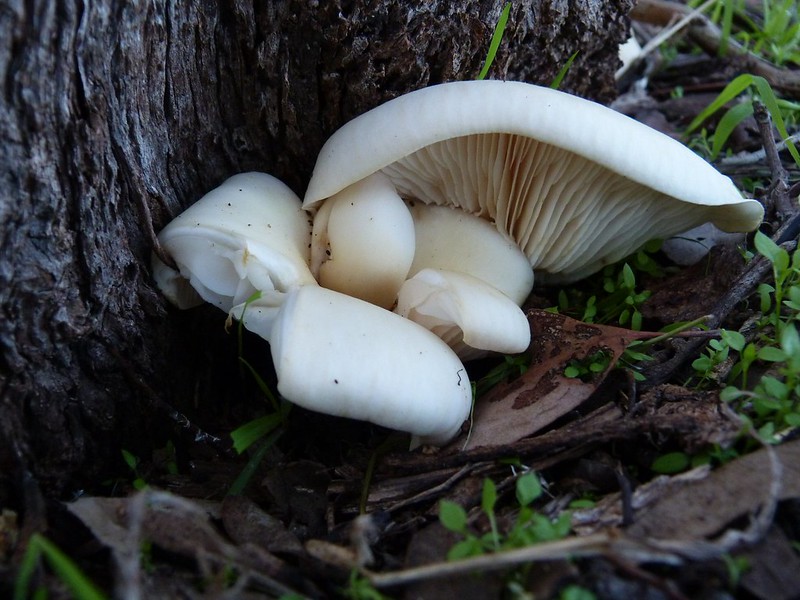 This is a toxic fungus which fruits in Autumn or early winter. It is a wood rotting species and can be found on dead or living trees. Presently there is a spectacular show on Cyanide Road at its junction with Bar Trail. 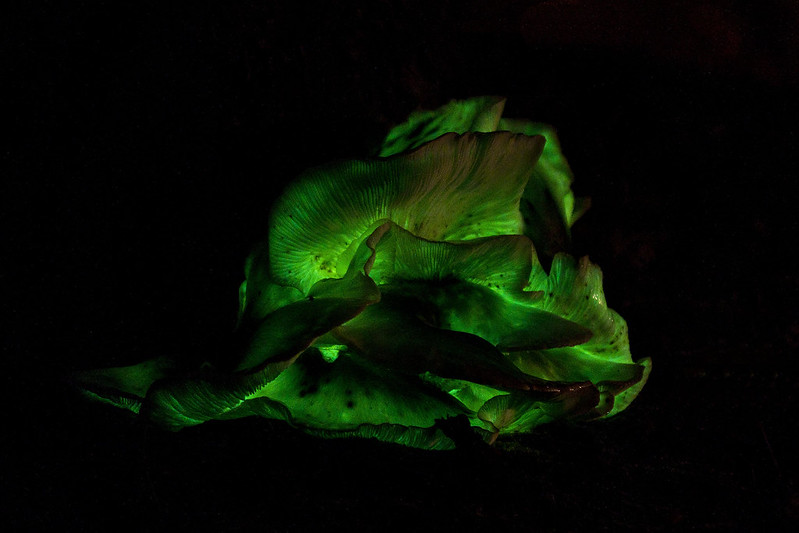 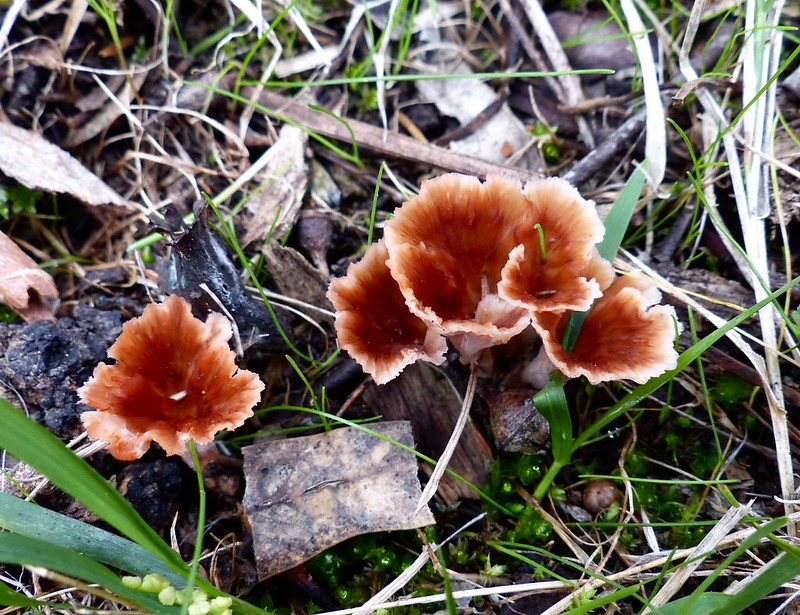 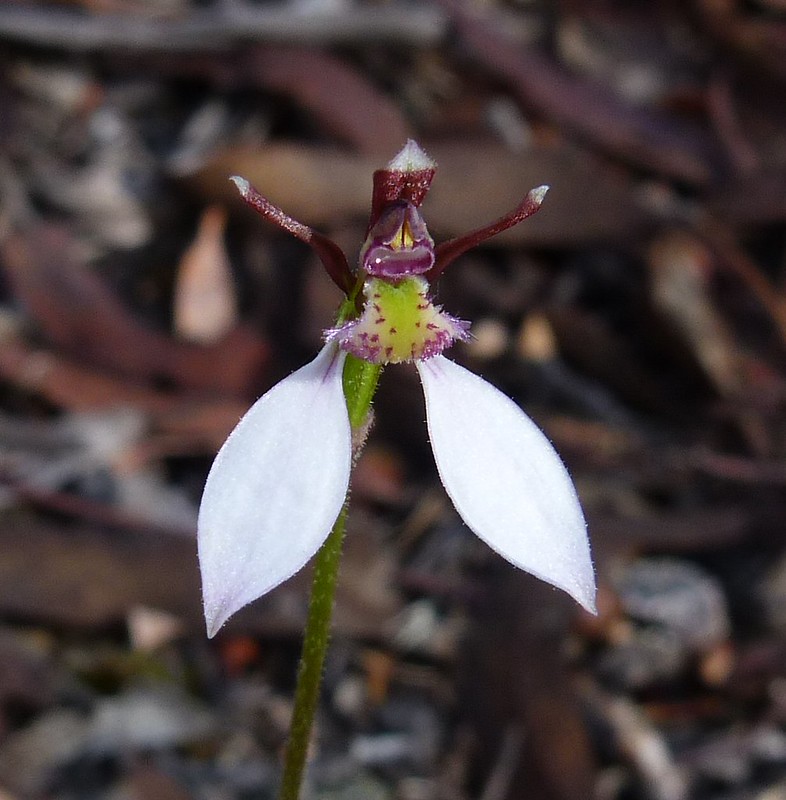 On June the 3rd an early Golden Wattle was in flower on Dillwynia Track. A wander in the park on a pleasant day will not fail to be  interesting, there are fungi, early orchids and birds to make the time interesting. Nature is coming alive after the long hot dry resting period so be part of it!

There are two Regent Honeyeaters in the flowering White Box on the Rutherglen Road in the area just past the western entrance to Donchi Hill. Not easy to find but patience may pay off. Another sighting of  a Superb Parrot was made by Neville. I saw six Cattle Egrets attending cattle at the edge of town, quite unusual for Chiltern. 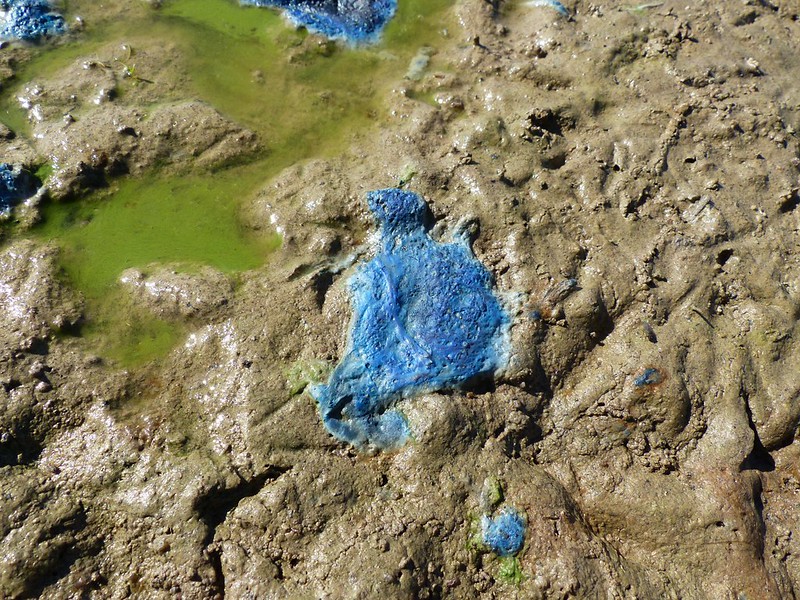 Simon has a surveillance camera in place and here is his report on the passing night parade: “I recently added Brush-tailed Phascogale to the block list. It popped up in several images from the surveillance camera set-up on the Yellow-footed Antechinus lair in the old pipe in the fenceline on Black Dog Creek. Other mammals recorded by the camera were Squirrel Glider, Brush-tailed Possum, Ring-tailed Possum”

I gleaned this amazing information from the Birds Australia Newsletter:

A Great Egret was found in South Australia last month. There’s nothing remarkable about that—except that it was found 51 years after it was banded. Source Birds Australia newsletter So everyone should look at wader legs!

With olives and briars all quiet for winter I am doing random searches of sectors on the Mt Pilot section. One hour’s walk last week revealed two large Cootamundra Wattles and a fifteen metre Acacia decurrens. All now dealt with.  A cluster of small olives popped up on Mt Pleasant Rd. These have been removed along with a White Cedar sapling. Mick Webster

Grading of main access roads has been completed. Unfortunately due to the wet weather some roads have become damaged and slippery and have been closed until they dry out.

Winter has seen an increase in illegal firewood removal within the park and rubbish dumping is a continual issue.

Reseeding and planting has been undertaken on gas pipeline

Fox Control Program in fire affected area has been completed

Activity to be decided closer to the day.