An enthusiastic group set off to tackle the briars on the grassland block and to spray scattered patches of  Freesias in the park and along the Howlong Rd through the park. The morning warmed up quickly and the briar killers certainly had the hardest task for the morning. The briar task on this block will be a real challenge. Some of the treated ones have re-sprouted and like the olives will require ongoing monitoring. After a chat and lunch we wound up for the day.

It is calendar time again and Neville and I have worked on the basic outline for the 2106 version. We expect the calendars to be ready by November 13th and are pleased to say the price will remain at $20 and orders are already rolling in.

Under Parks Victoria’s requirements each person is asked to provide their contact details and emergency contact details to be held on a database in case of any injury claim. I will circulate the form by email and would ask that members forward this information as soon as possible.Those who have already completed the form please disregard this request.

It is Chocolate Lily time again and over the next few weeks the park will be purple-tinged with splashes of yellow provided by Yam Daisies and Golden Everlastings. The early Donkey Orchids, Diuris pardina, have not enjoyed the sudden spell of heat. We have said goodbye to this year’s splendid show of wattles which are now festooned with pods. There are still some good patches of flowering in the park, mostly of White and Red Box.

The incredible noise of Noisy and Little Friarbirds will alert you to those patches. Painted Honeyeaters are calling at Honeyeater Picnic spot and at Bartley’s Block. Pallid Cuckoos are in good voice everywhere and the odd Swift Parrot can still be found, but not for much longer for soon they will be Tasmania bound for the breeding season. White-Winged Trillers, Rufous Whistlers and noisy Rufous Songlarks have returned along with the Western and White-throated Warblers. All up it is a great time to be in the park. On the downside, we still have no reports of Hooded Robins in or close to the park.
Richard continues to monitor the nest boxes and all should have been inspected by the end of November. We are still hoping to get Feathertail Gliders as occupants. An unexpected find in the latest survey was a family of  Yellow-footed Antechinus snuggling into a very dry leafy nest! Over the many years of monitoring this is the first record of Antechinus occupancy.

Camouflage at its best

There was a hopping movement on a granite boulder at Mt Pilot. It took a moment or two to locate the hopper which was the same greyish colour of the granite. The quite prehistoric looking creature turned out to be a Gum Leaf Grasshopper. Curiously this species lives on the ground among the dry leaves according to  David Rentz, in his book “Grasshopper Country”. 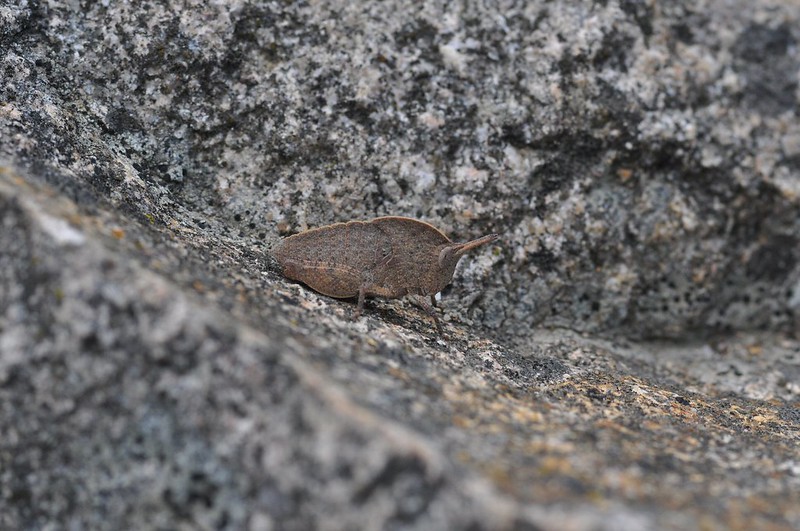 During a visit to the park Martin O’Brien took photos of extensive bark removal from a stand of Red Stringybark on Koala track. 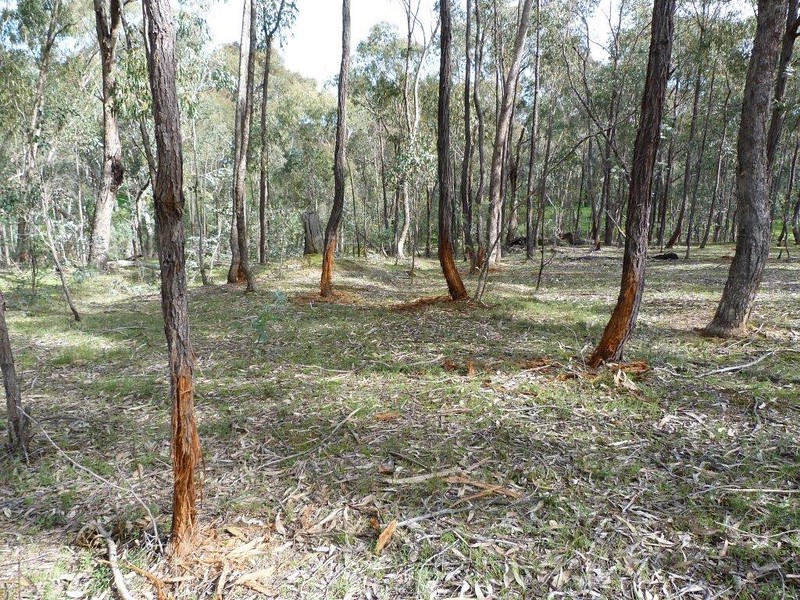 Many enquiries were made to see if we could find the culprit. A number of  possibilities were put forward such as deer, goats and kangaroos. I had a chat to Gordon Habeck, an adjacent landholder, who suggested that wombats could be the possible culprits since he has had Wombats digging under his fences. Martin followed this up and found this site with video evidence of a wombat  in action on stringybark. However we do not have giant wombats in the park so perhaps this damage is being done by a suite of animals. The video clip is very interesting, watch carefully to see the baby wombat emerge from the burrow.   https://www.facebook.com/ArthursCreekDistrictLandcareGroup 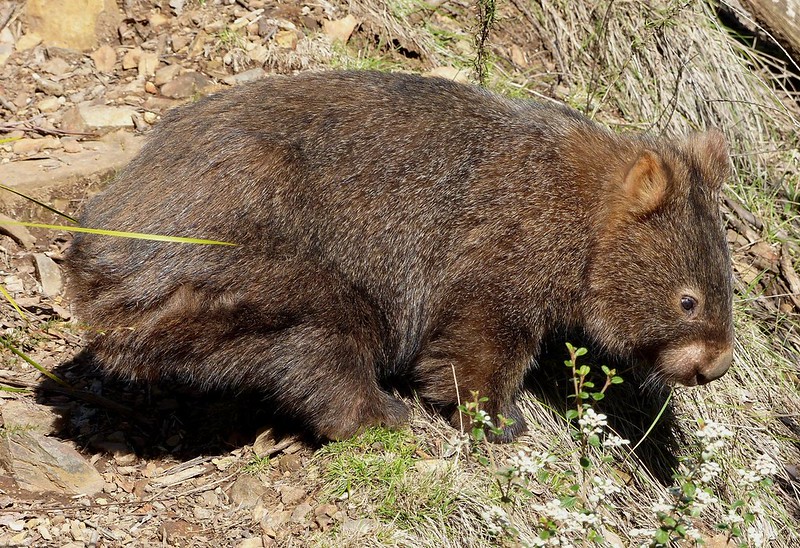 The temporary gate to the enclosure has been replaced with some creative construction. The flagging tape on the top wire seems to have alerted the kangaroos to the presence of a fence.
The not so good news was the discovery of some eight cattle in the reserve. They caused a lot of damage to the planted area. Stakes were all askew and the guards were scattered far and wide. It took us three hours to repair the damage only to be told by the owner that the cattle would have to stay there until the weekend, ie another two days. Tony and Mick located their entrance point where a huge tree had fallen across the fence from  the private property side. Tony and I checked the site on the following Monday and the cattle were gone and there was no further damage.

Thistles at the northern end of the block have been sprayed by the contractor as part of the grant project. The next stage of the project is to work on the design of  the interpretive signage for the mine.

Two encounters of a bushy kind

Magpies have been in the news for their attacks on humans and that it is not uncommon.

However these two reports are surprising. A note from Mike Halsey tells of a surprising attack: “I had no idea that the Little Lorikeet would so aggressively swoop if you inadvertently enter what I assume is their nesting territory!  A pair “saw me off” in no uncertain terms while in the park. I of course apologised to them for the intrusion. It was quite an amazing experience” 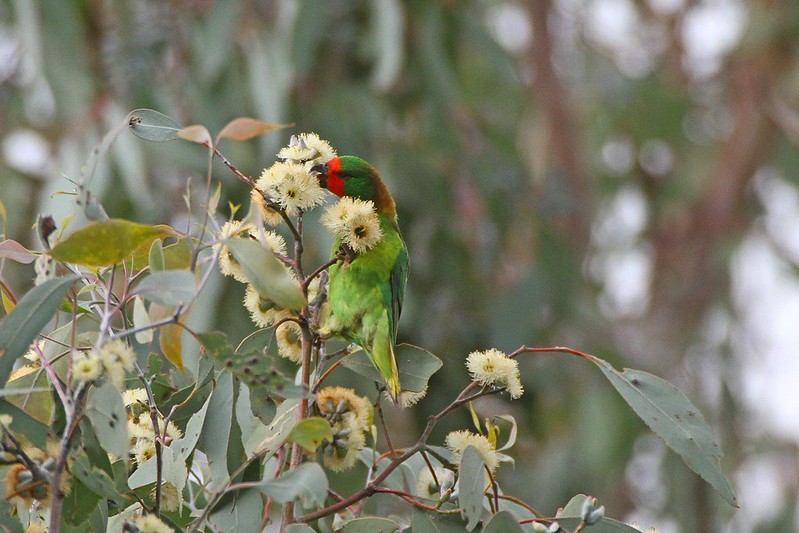 From Jan came this report: “Mind you, the bush has its dangers: while spraying patto and thistles in the River Paddock  I came  upon a huge commotion of choughs and a newly fledged one on the track.  I picked it up and it let out a primeval scream and next moment I'd been hit over the head with a brick; the next chough's blow was deflected by my arm boxing fashion. - Despite all of 20 choughs high in the tree-tops in white-winged fury ready to plummet as one, I had to keep hold of the chick till I'd placed it in branch out of reach of foxes. Luckily it had the very good sense to stay there.  Browsed Google  but found no record of choughs attacking people.  No doubt most people are smart enough not to mess with chough children!” 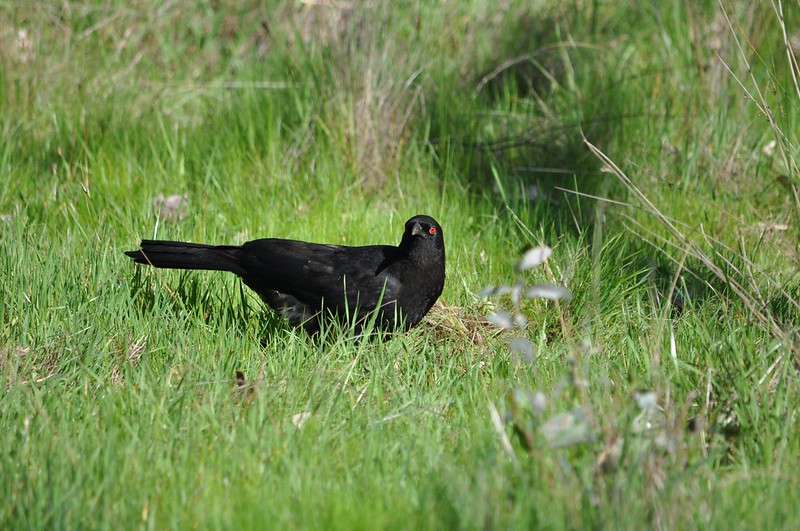 Joseph, Tony and Mick resumed work on the briars on the grassland block. There are at  least a hundred more on the s-w side of the hill, far more than was assumed! The blackberry patches will need to be sprayed  when the time is right.
A small stand of Cootamundra Wattles was discovered on the Yackandandah Road and they have been removed. Some Watsonia and Freesias that are nearby will be sprayed.

Mick has drawn up a map of the Grassland Block to show the main weedy areas  which are basically briars and Bathurst Burr.
As these areas are worked over we should see a great improvement in the health of the block.
Freesias on Wallace’s Gully Track site have been sprayed by the contractor. Friends paid for this to be done last year and this is a follow-up treatment for which we will also pay. Patches on Riley’s Road have been sprayed by Friends members. Briar and fruit trees at the Tank Track entrance to the park were removed by Tony and Mick and Tony Brown kindly offered to remove the felled material as he was undertaking work nearby.
Boxthorn removal is not for the faint hearted! This monster, on Mountain’s Lane, was dealt with by the weed team of Tony and Mick.

The photos below illustrate the challenge this weed presents. Well done! 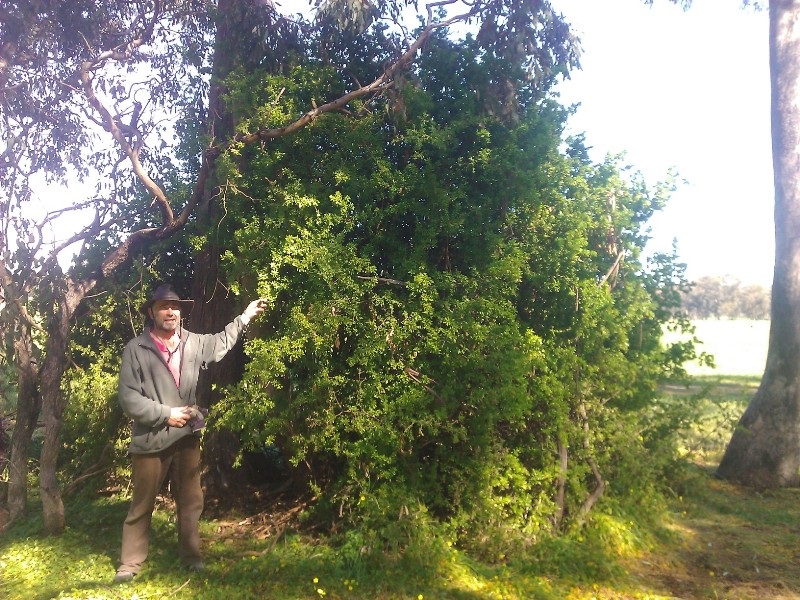 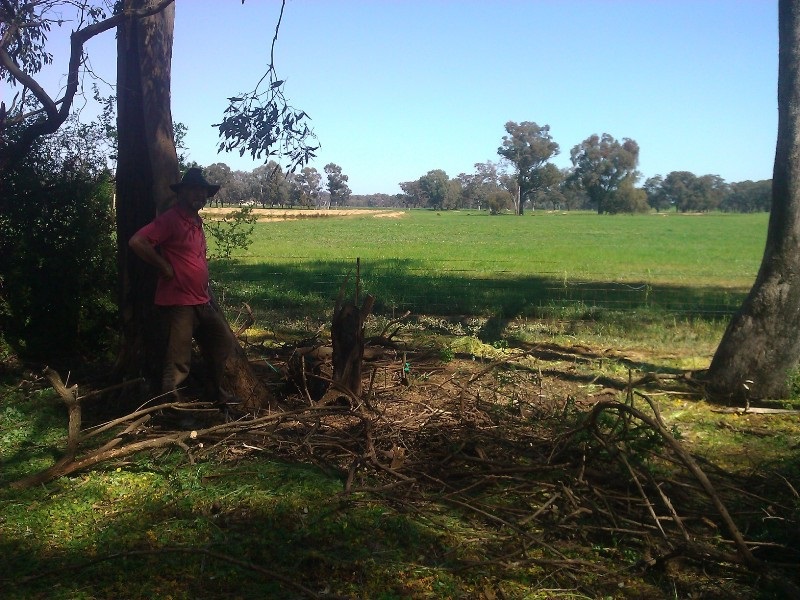 Correspondence to the Minister

The letters sent to the Minister and Premier regarding the budget cuts to Parks Victoria have been acknowledged only. A reply regarding  the cuts is yet to be forthcoming.

If you wish to use electronic payment the details are:

BSB number: 803070
Acc number:  81167
Please add your surname to the transaction.
Advise Neville (This email address is being protected from spambots. You need JavaScript enabled to view it.) when you have made the payment so that we can keep track of payments.