Greeted by a beautiful sunny day eighteen of us gathered at Honeyeater Picnic spot to enjoy the offerings of spring .
There was plenty to see as we made our way up towards All Nations Road from the carpark. The delicate white flowers of the Beard Heath viewed through a magnifying glass revealed its true beauty, a few Donkey Orchids were breaking open, tiny Caladenias were looking so fragile in the woody debris and fungi were pushing up through the drying soil. Then there were the birds! All the usual residents, Noisy Friarbirds, and other honeyeaters were in good voice and among the songs someone heard Swift Parrots! 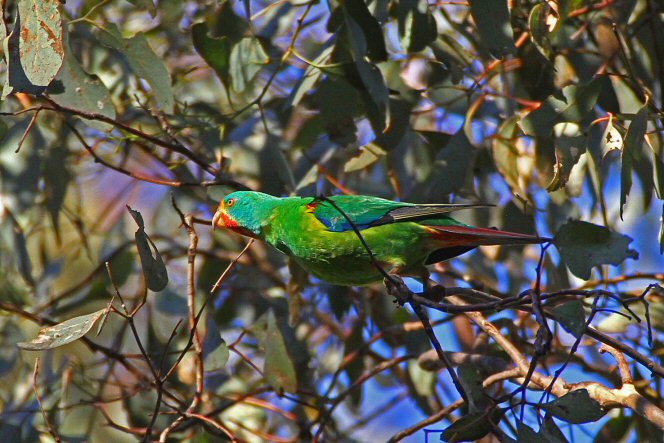 The walk came to a stop for some time while the birds were photographed and admired. On the homeward track we found Hovea, some peas in flower, Tiny and Nodding Greenhoods, Pterostylis nana and nutans respectively.
Back at the picnic spot it was time to carve up the bun and Neville who is accomplished in this task did a neat job.
By now the evening air had some bite in it so we retired to the hall for the evenings proceedings.
Thirty seven members and friends attended the evening session. As usual, members provided a great array of food. While this was being prepared and drinks enjoyed, Steve, one of our new members, played his harp. Such talent in the group! Steve made his harp out of recycled ash!

Our guest speakers, Jan and Neville Lubke from the Nature Conservation group, outlined the work they are doing to re-introduce Stone Curlews to the Riverina. Like many ground dwelling birds they face threats from many fronts and unsurprisingly foxes and feral cats are the main culprits. Curlews need good habitat to survive, remnant woodland with plenty of ground litter, fallen timber and short grasses. The birds are released into habitat that has been cleared of foxes and where fox baiting will continue to catch any invaders. Jan and Neville have devoted themselves to Curlews and their concern for the longevity of the species is admirable. 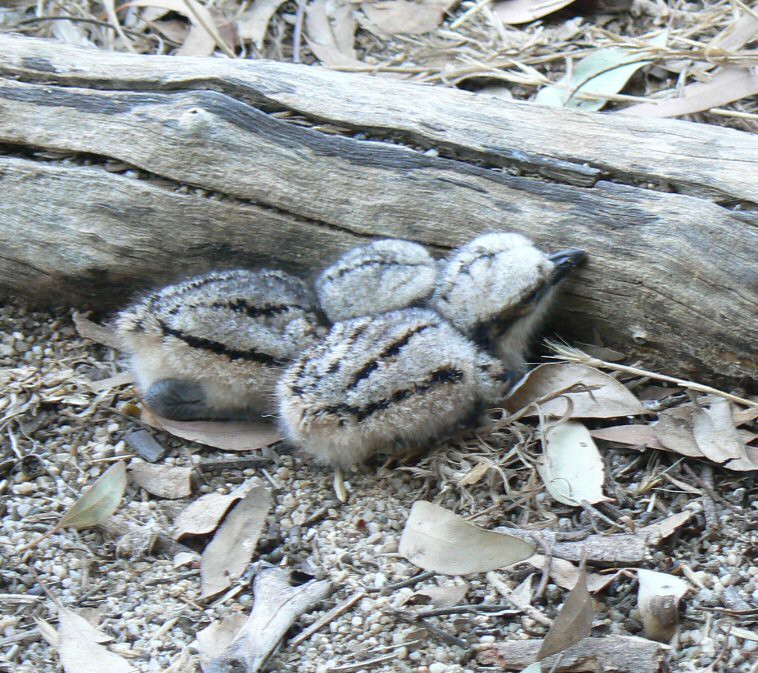 The last weeks of August gave us a spectacular display of Golden and Silver Wattle to brighten up the last of the winter days. The Gold Dust, Varnish and Silver Wattles will continue the splash of colour well into September. Closer to the ground the dainty cream-coloured Ploughshare Wattle is flowering. Beard Heath, Hovea and early peas are adding colour. There was good rain in the last two weeks of August but we need September rain to produce a good spring wildflower show. There was spectacular irruption of the fungi Morel on White Box Walk but sadly they lasted  but one day after being found. All were neatly harvested! Just a reminder that it is illegal to remove native species from the park. This act deprived people of the enjoyment of this unusual event.

At Magenta Mine, Parks are re-designing the parking and picnic area. This should be completed in a week or so weather permitting. On completion Friends will do some re-vegetation of the surrounds.

I guess the stars of August for me  have been the Morels. I was stunned to come across a patch of some 200 in an area of about 100 square metres. 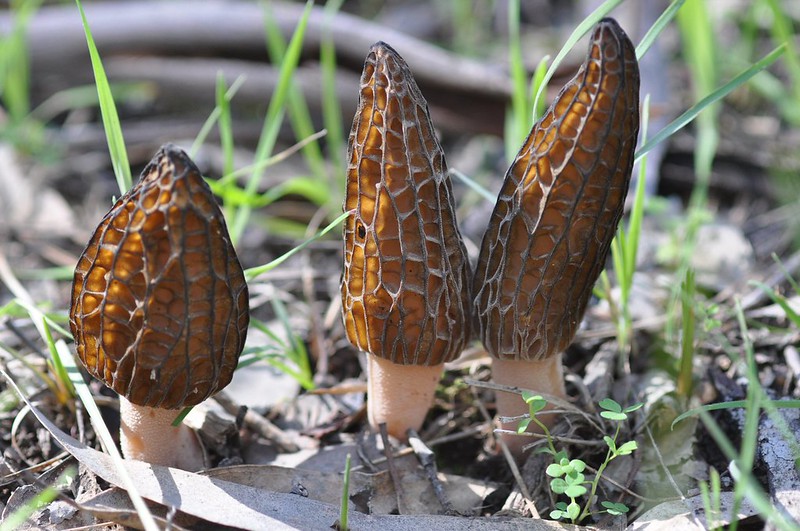 Jan’s finds were very different. A spined fungi, Hydnum repandum and a small cherry red slime mould with a tongue twister of a name, Dictydiaethelium. 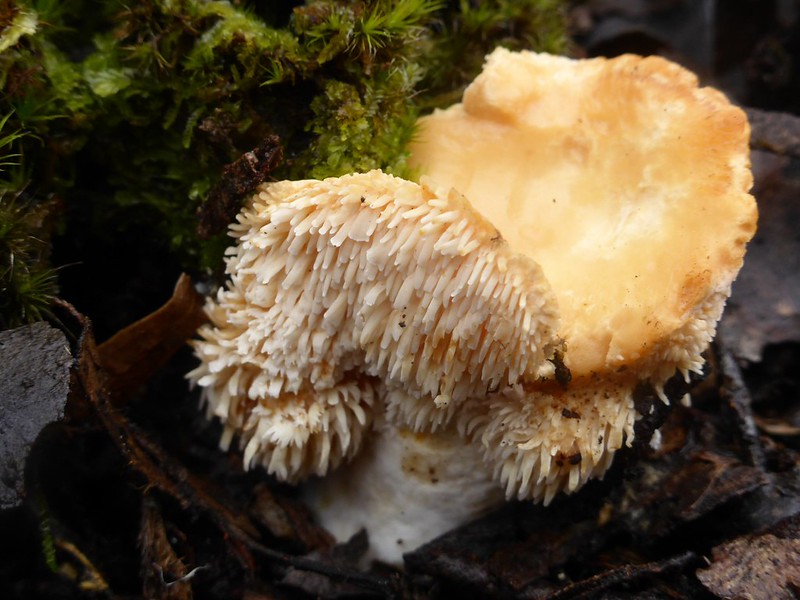 The last pile of concrete has been removed from the mining site so the whole area is now free of rubbish. A small area near the mine site has been planted out and the plants guarded with steel posts to prevent kangaroo and herbivore damage. In a few  years the planting will have softened the degraded area. Some of the larger concrete bases that held the mining machinery were cleaned off revealing many grooves and bolts. The damage to the enclosure fence was repaired and flagging tape attached to the top wire to prevent further collisions. A very temporary “gate” was constructed by the innovative crew. 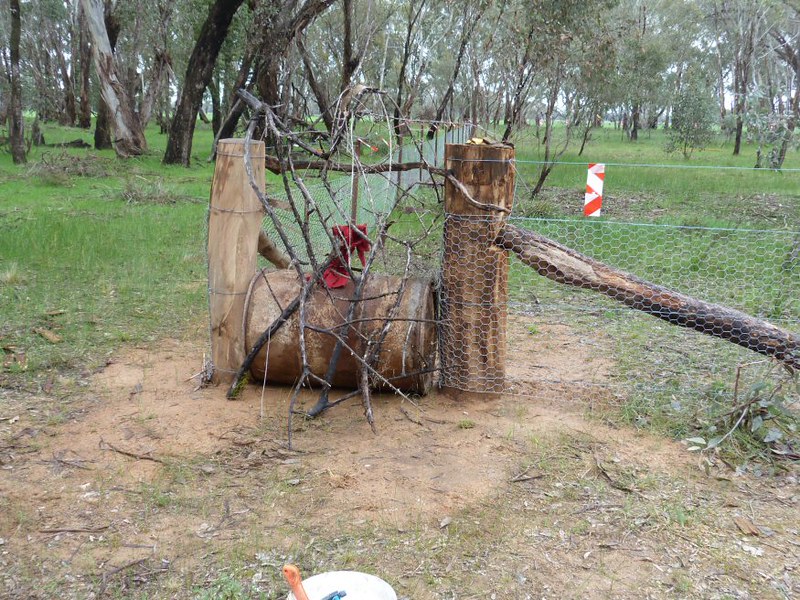 A visit to the Mt Ophir Bushland Reserve revealed quite a few weeds including a big patch of  Prickly Pear. Mick and Tony have removed all the outlying small plants to help reduce the spread. The larger ones will require chemical control. Peppercorns and a few other weeds were also removed. 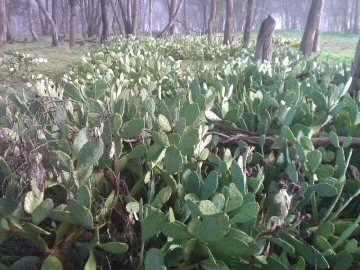 A weed program for the coming months:

The Agave attack looks to have been successful. The piles of uprooted ones have been added to the ones in the pit and are rotting nicely helped by the constant rain and frosts. Chiltern Valley No2 is now free of woody weeds - peppercorns, briars and Ovens Wattles! Thank you Mick for this report.

The budget cuts to Parks Victoria mean  that there is NO money for weed control,  feral animals and threatened species work. In effect this means that gains made over the past years will be lost. This is a most unsatisfactory state of affairs and we have communicated this to the Minister and the Premier.

Life of a Meat Eater: Birds of Prey of Lake Hume

I attended a talk by Dr Victor Hurley, president of the Australian Raptor Association on ‘Life of a Meat Eater’. We learned about raptors of the region: their habitat preferences, prey, and identifying characteristics. The Peregrine Falcon’s ecology was discussed in detail, based on Hurley’s years of studying them, and served as a focus to help understand birds of prey more generally. Like most raptors, Peregrines specialise in hunting certain species — in their case, birds in flight. While I knew about their nesting on cliffs and sky-scrapers (urban cliffs) I did not realised that Peregrine Falcons also nest in Red Gums and abandoned Wedge-tailed Eagle nests in flatter country. The talk served as a good reminder too, about the caution required around nests. Peregrines will attack all comers whereas other species like Wedge-tailed Eagles will readily abandon their nest at the slightest disturbance. The talk attracted a large and enthusiastic audience of bird lovers and local landholders. Thanks to the Bethanga Landcare Group for all the effort they put into this fantastic event.  Thank you Joseph for this report. 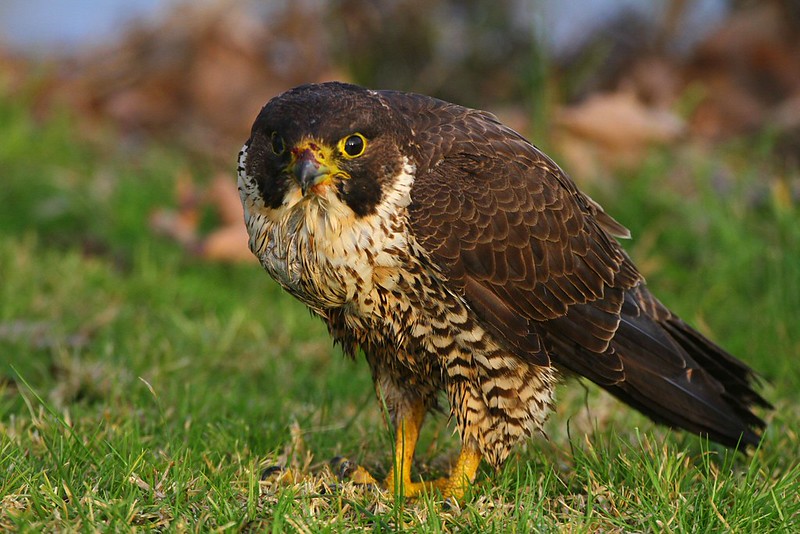 To everyone who has renewed their membership thank you. The annual  report may be accessed on the website here.

Sunday September 13th between 10am and 2pm at Wooragee hall and school
Mick has organised a table for Friends and would appreciate some help on the day. If anyone can spare a couple of hours to help please contact Mick on: 0429 017 229.

Further work on the grassland block attacking briar and other weeds. BYO gloves, sunscreen, lunch,chair and any other needs. Afternoon park walk. Contact in the field 0407 486 480