Dear Friends,
A break in the very cold spell of  weather gave us a pleasant day for our work at the Rutherglen Natural Features Reserve. Twelve super active members turned out for the day. The recent rain rendered the soil perfect for planting. A hundred plus trees and shrubs were planted and some existing ones were re-staked with left over heavy stakes. The White Cypress Pines, Bull Oaks and Casuarinas received special tall wire guards to deprive the browsers of their “caviar” meal. We learned from the very early plantings at Valley No 2 that the only way we could achieve success with these species was by greater protection. Metal stakes and wire guards were collected from the Tuan enclosure and the Valley 2 site as those  trees are now well established. Many thanks to Richard who undertook this task.

It is almost a year since the first planting and we were pleased with the growth of those plants, no doubt helped along by the good summer rains.

So keen were the planters that for the first time enjoyment of the morning tea bun had to wait until lunchtime.
After lunch and a short meeting, where we welcomed new member Steve,  we moved off  to inspect the nest boxes, remove any brave olives and boxthorn seedlings. Some 400+ olives were found, the  majority were small enough to be pulled by hand. However Jennifer is a mighty wielder of the mattock and the more difficult ones plus the boxthorns were her targets. Mick tackled the regrowth on a lot of boxthorns and olive stumps but we will have to have another attack on the stubborn ones, probably when we have the fencing activity.

Nest box occupation was low this visit. One Tuan was snuggled into its nest with just the fur showing. There were three other boxes with Tuan nests in them, one of which may have had an occupant. Two boxes had Sugar Gliders at home and one had drowsy bees it so its lid was propped open. This method has worked well in the past and it is expected that the box will be free of bees when  next we visit. In the meantime the gliders will have cleaned up the honeycomb.

We inspected the rubbish removal sites and everyone agreed that our local contractor Tony Brown carried out a thorough clean up. This was an extremely challenging contract. Bricks, concrete, wire, metal and glass all were separated and recycled. I would like to thank Tony for being so helpful and co-operative.

After discussing what we would target next in the park, Mick suggested we try to contain the spreading weed Vinca, at Bartley’s Block. After the wet summer it has become quite vigorous and is encroaching on the remnants of the old house site. The site will be inspected to determine a course of  action. It is a very stubborn weed!

Briar Rose, Cootamundra Wattle and Hawthorn were removed from an outlying block of the park.

The first sprays of Golden Wattle, which will brighten the coming winter days, were spotted on May 29th. Rosettes of Pterostylis species are emerging and Pterostylis striata the Striated Greenhood and P. sp aff parviflora 2 are in flower. 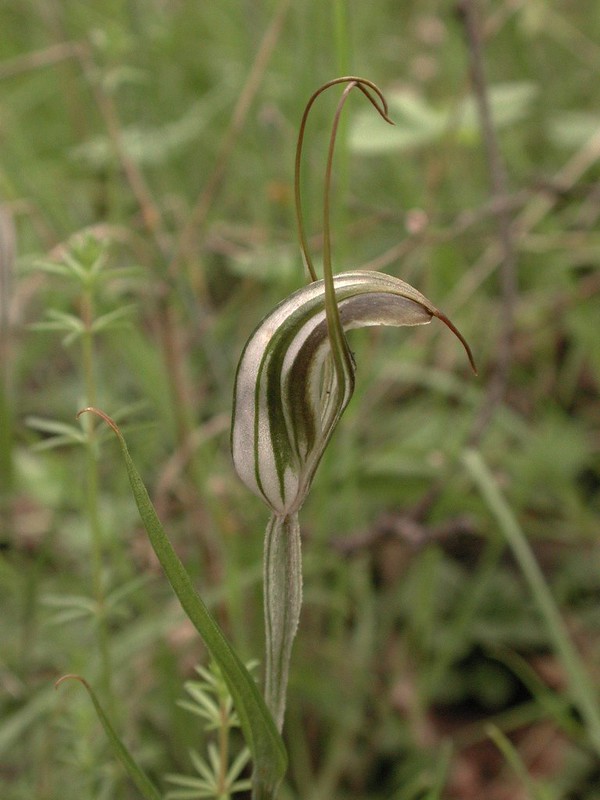 The latter is confined to the box-ironbark and woodland areas of northern Victoria. Both these flower stems lack the encircling rosette as they emerge beside the rosette clusters. 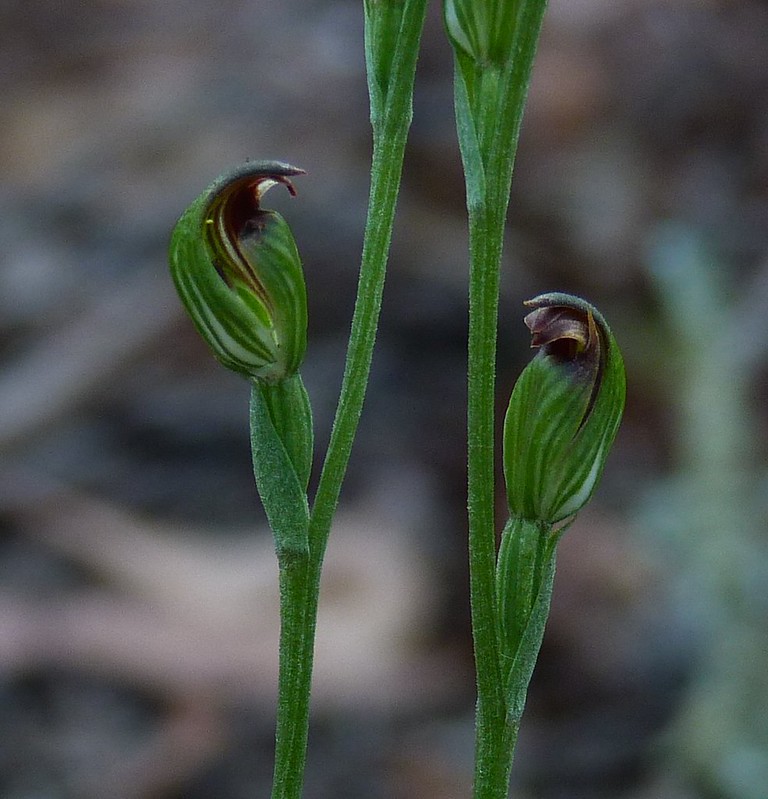 The rains have brought the fungi out on logs and soil. 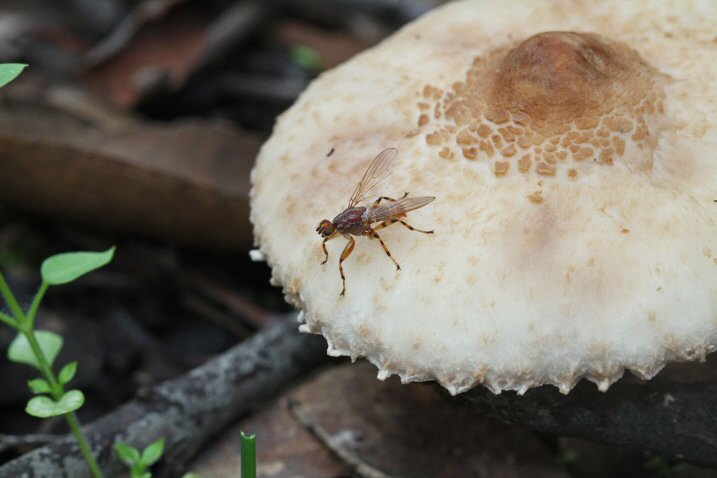 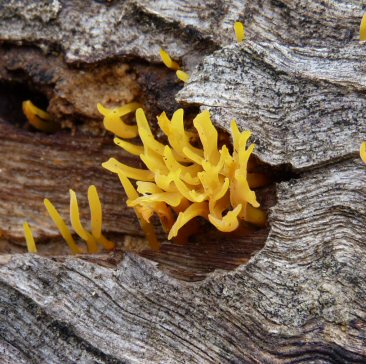 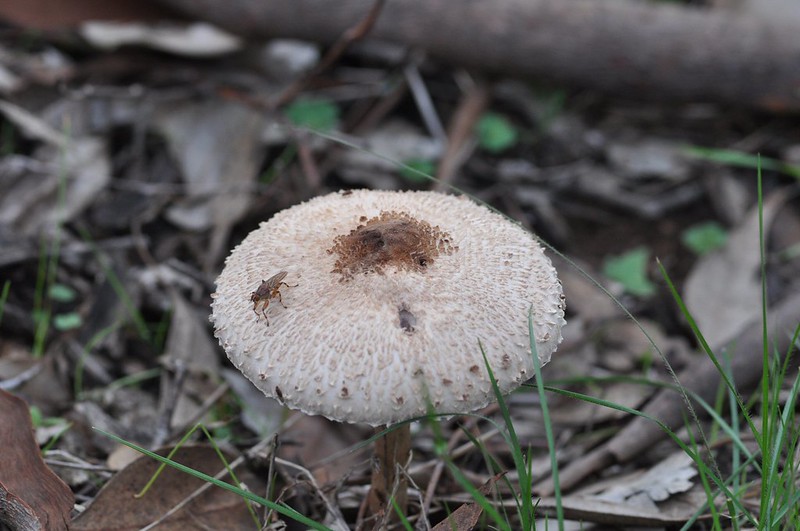 We had a look at maybe twelve of the large olives we have attacked in the Coyles Track/Reference Area on June 2nd. Half seem dead but the others are still going in one or more branches, so it seems further efforts will be needed to prune the surviving branches over the next few months. Very few small plants were seen and all small olives seemed dead. Anyone who would like a bit of exercise over winter attacking the living remnants should contact me and I'll tell you when I'm planning to head out.  I also found about six sizeable olives on Old Cemetery Rd, near where we removed all the Inkweed last year, so they do keep popping up where you least expect! Thankyou Mick.

Many birds consume this nutritious food source and  Neville captured some photos of a Regent Honeyeater making the most of this bounty on Golden Wattle leaves. 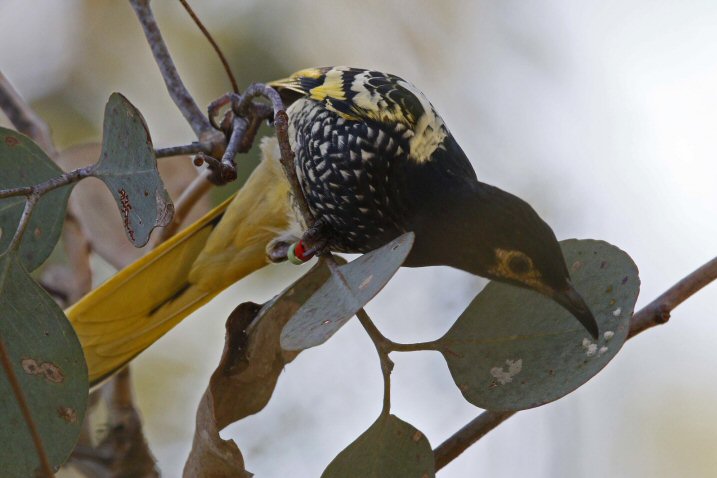 The lerp is the protective covering of a psyllid insect. The psyllid sucks the sap from the plant leaves and its excreta forms the lerp shelter. Lerp covering comes in many forms and a few are shown in the website version of the newsletter. 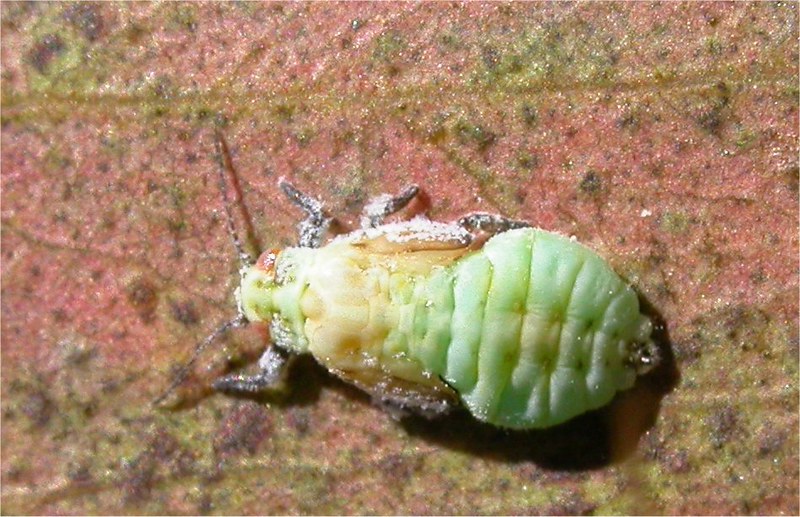 A forest rich in birds, mammals and insects helps to keep the infestations under control. 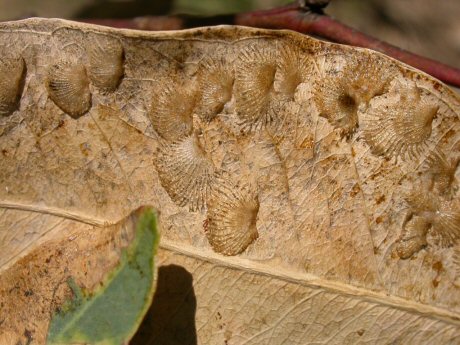 .
The most obvious lerp infestations can be seen on both River and Blakely’s Red Gum. This lerp is called White Lace Lerp. 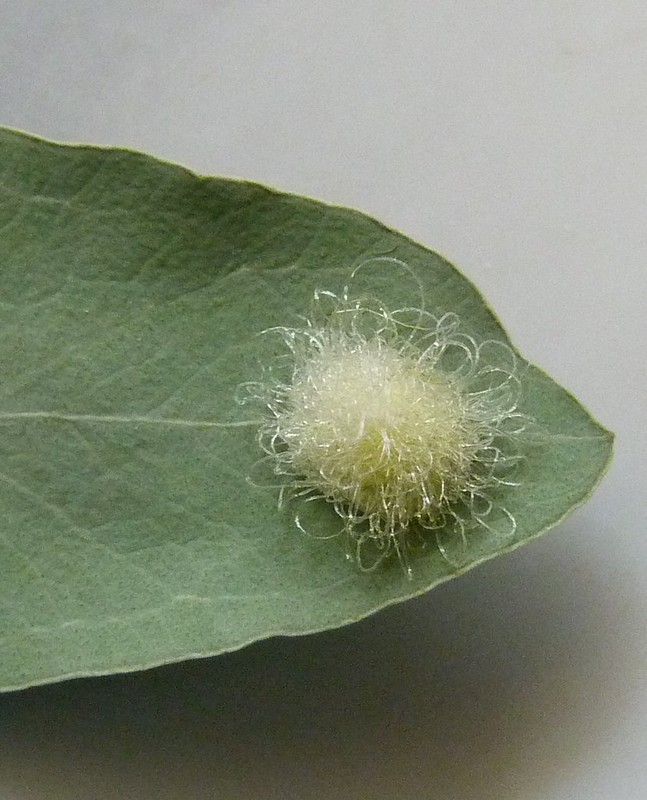 In contrast, the lerp species found in the Box-Ironbark community is much less obvious. 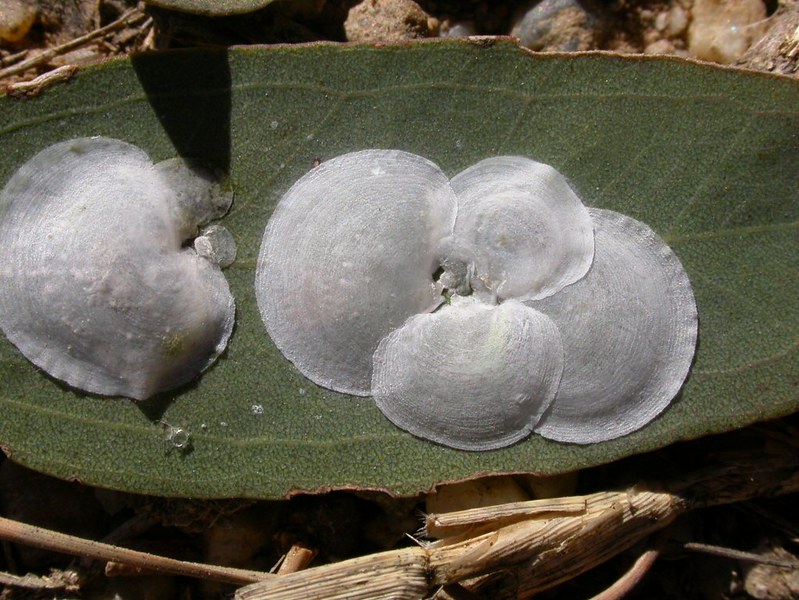 "The best thing we can do for nature is simply spend more time in it. From there, reverence grows and action flows.”
M. Herring  2013.

To assist with monitoring please email Liz on This email address is being protected from spambots. You need JavaScript enabled to view it.

Meet at 9.00 am at the post office.  BYO all your needs, lunch, binoculars, chair. Work on the Vinca at Bartley’s Block in the morning and in the afternoon a walk over the grassland block in the  north of the park to plan an attack on the Sweet Briar and Bathurst Burr. Gloves and secateurs would be useful.

Friends Facebook Group now has 143 members - from the site: