Dear Friends,
The weather threatened to end our year as it begun, wet! However the showers fell elsewhere and eighteen members and Ranger Brian enjoyed a special late afternoon and evening gathering to close the year. We welcomed members Pat and Ewen from Melbourne who made the trip specially for the day.
The recent good  rains made quite a change to wildlife activity. Around the picnic area at Chiltern Valley No 2 Dam there was amazing activity with birds nesting and feeding young. Antechinus along with a huge Goanna being mobbed by the birds provided more entertainment. Among the birds recorded were Black-faced Cuckoo-shrike, Rufous Whistler, Diamond Firetail, Sacred Kingfisher, Pelican, White-necked Heron, Great Egret, Grey Teal, Reed Warblers, Little Grassbirds and honeyeaters, Fuscous, Yellow-faced and White-plumed. The Yellow Robins were feeding a second clutch of nestlings and the Fuscous were also feeding nestlings. What a difference rain makes!
The dam looked fantastic with the reed beds flourishing and the pretty yellow-flowered Water Primrose, Ludwigia peploides providing a dense cover over the shallow shoreline. 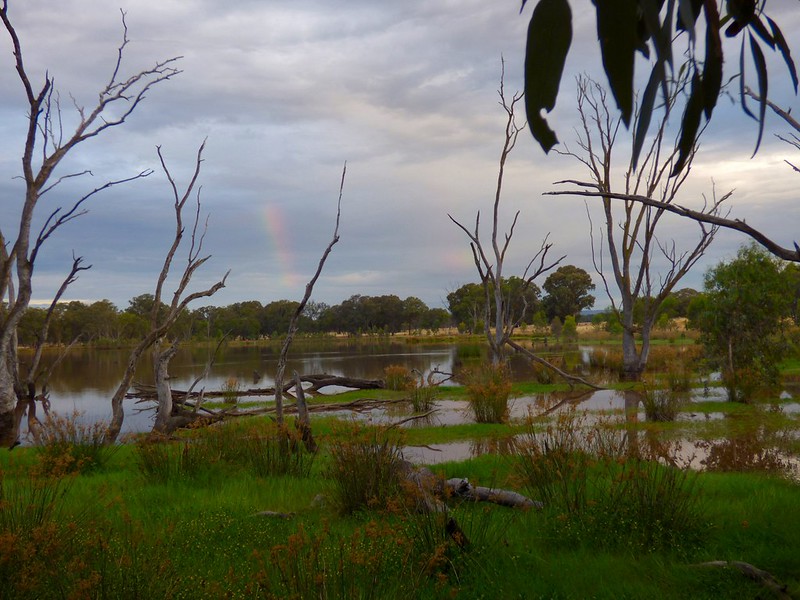 The evening was rounded off by enjoying a wonderful array of food and good conversation, and the traditional wicked Jerome baked Cheesecake!! As we were leaving a double rainbow, brightened by the setting sun, appeared at the eastern end of the dam. No one was quick enough with a camera to get a good photo.

November and December, with the good falls of rain, have given us an abundance of insect life. Some of it will feature in this newsletter. Among the most interesting was an Assassin Bug which has not been recorded in Victoria. The Museum has requested that if seen again they would like a specimen for the collection. Meanwhile they have to make do with a photo and GPS reading. It was found by chance as Neil  and I were looking for seed pods of a wattle species. Assassin Bugs are predatory bugs that feed on other insect life both native and pest species. They have mouthparts designed for piercing and sucking. Some larger species can give the unwary a painful bite. 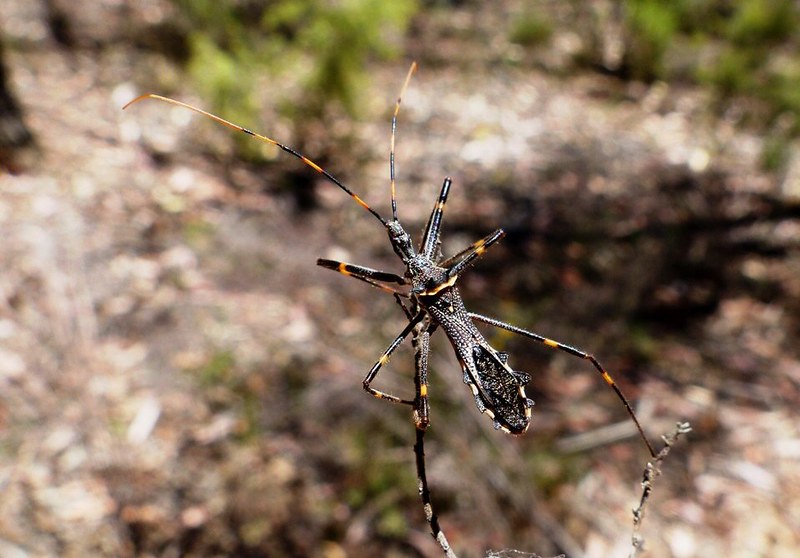 Crane Flies have been abundant and three species were found in some damp areas during November. These insects have long thin legs and wings and range in size from a few mm to 60mm. Crane Flies are harmless and the adults live for only a few weeks. 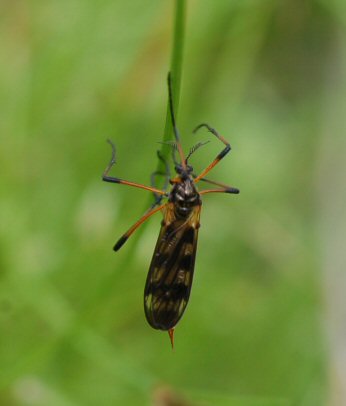 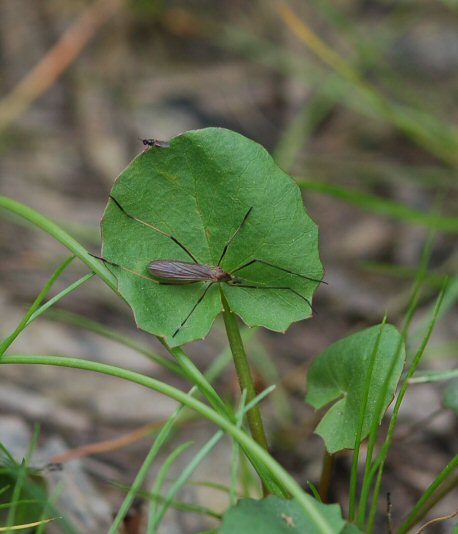 Late nesting Regent Honeyeaters tried very hard to rear some young. The forces of nature prevented successful breeding. Two pairs built nests close together and all looked promising. Sadly at 8 days old one pair lost their chicks. The second nest was predated and the egg shell found below the nest. This pair rebuilt and raised a chick to the dreaded 8 day mark only to lose it to a predator. Sitting in the car watching I saw a huge goanna walk across the track being mobbed by a pack of Noisy Miners. I guess it was the culprit.  However there is some good news. Prompt reporting down the grapevine came news of birds in a private garden in Corowa. Inspection found two adults with a pair of healthy flying young. Dean duly caught and banded the adults. Wherever you are keep an eye out for male left leg Green/metal right leg  Black/white  and female left leg Green/metal Black/mauve on right.

Jan caught a pair of Wood Ducks with a tribe of tiny young by surprise and managed to capture a photo of the reaction of the young to danger as they flattened themselves out to water level. I am told you can pick up the young in such a situation such is their confidence in camouflage. 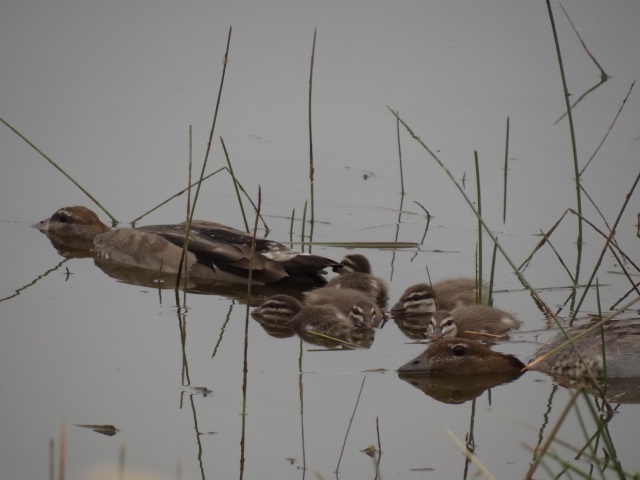 Honeyeater picnic spot is interesting. This week, December 3rd-10th there are reports of  White-winged Trillers and Orioles nesting and if you are patient and an early riser you may see the white wallaby and her dark young.
Any of the park dams will provide interest but the wider dry areas are extremely quiet.
The park ground flora now goes into its dormant stage, with just the everlastings and Diggers Speedwell providing colour. The eucalypts are putting on fresh growth and some, like Grey Box are budding up well. Blakely’s Gum is in flower but does not seem to interest honeyeaters despite the appealing looking blossom.

Wishing you all a safe and happy Festive Season and thank you for your contribution to the group.
I leave you with these words of wisdom by  passionate biologist  Matthew Herring

"The best thing we can do for nature is simply spend more time in it.
From there, reverence grows and action flows.”
M. Herring, 2013.

Next Monthly Meeting February 1st 2015
Venue and activity will be sent out in late January.

Friends calendars have sold out
Thank you to everyone who supported this venture both by purchasing a calendar and by contributing a photograph. All were sold by December 3rd. And quite a few people were disappointed at missing out.